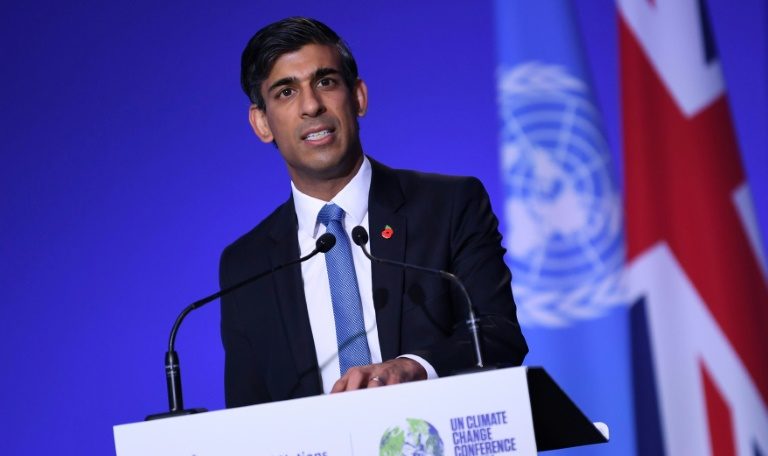 Sunak and his Indian wife Akshata Murty, whose father co-founded the IT behemoth Infosys, made the annual list for the first time with their joint £730 million ($911 million, 861 million euros) fortune.

The bulk of their wealth is believed to come from Murty’s £690-million stake in Infosys, but Sunak also had a highly lucrative career in finance before entering politics in 2015.

The listing, which started in 1989, this year estimates the minimum wealth of Britain’s 250 richest people or families, and features far fewer Russian billionaires due to Western sanctions following the invasion of Ukraine.

Sunak’s inclusion comes a month after it was revealed that his wife was sheltered from paying tax on foreign earnings to his Treasury department after claiming so-called non-domiciled status.

The “non-dom” scheme has become controversial in recent years, particularly now that Britons face tax rises and the cost-of-living crisis, with some opposition parties calling for its abolition.

It has been estimated Murty’s non-dom status could have saved her £20 million in taxes on dividends from her shares in Infosys.

Soon after the revelations emerged, she announced she would start paying UK tax on “all worldwide income”, noting that she did not want her tax affairs to be a “distraction” for her husband.

Critics have accused him of hypocrisy for raising taxes on people as various prices surge, while his own family has seen millions of pounds in Infosys dividends shielded from his own Exchequer.

Just this week, he warned in a keynote speech to business leaders that Britons faced a “tough” few months ahead, with inflation confirmed as the highest rate in decades at nine percent.

Sri and Gopi Hinduja, who run the Mumbai-based conglomerate Hinduja Group, topped the latest ranking after their wealth grew by more than £11 billion to £28.47 billion.

Entrepreneur James Dyson and his family climbed to second with a wealth estimate of £23 billion.

However, one billionaire who headed in the opposite direction was Roman Abramovich.

The Russian former owner of Chelsea Football Club dropped from eighth to 28th after his finances plummeted from £12.2 billion last year to £6 billion this year in the wake of Western sanctions.