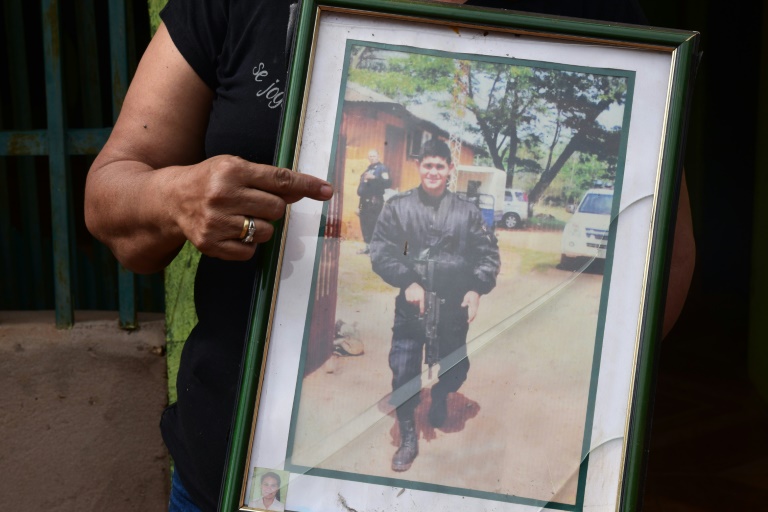 With a few dozen fighters, the Paraguayan People’s Army (EPP) guerrilla group has held residents of a central province in a grip of fear for the past 14 years.

It has long been dismissed by the government as a trifling group — a kind of family affair — but for the residents of Concepcion, a cattle-raising province, the EPP is no joke.

“They say they want to help the poor, that they are pro-poor. But they hurt the poor,” said Obdulia Florenciano, 52, whose policeman son Edelio Morinigo has been held by the EPP since 2014.

“We are not rich, we are poor. We are workers, we are humble. They took away the son of a poor family,” she said through her tears, showing AFP a photo of her son — dubbed a “prisoner of war” by the EPP — in uniform.

The guerrilla group, created with the stated goal of fighting the oligarchy and promoting much-needed agrarian reform in the country’s poorest regions, rules with fear in the Concepcion region some 400 kilometers (249 miles) north of the capital Asuncion.

There are few paved roads in this sparsely-populated tropical region, but plenty of cows. And drug traffickers.

On the main road leading to the porous border with Brazil, soldiers man checkpoints with large billboards nearby offering a reward for information about the whereabouts of EPP leaders.

“We practically live together (with drug dealers and guerrillas) and we don’t realize it,” said Domingo Savio Ovelar, the parish priest for the town of Yby-Yua.

“Here we cannot distinguish who is a drug trafficker, who is a hitman,” he said.

“There is permanent anxiety. We never know what we will wake up to.”

In its 14 years of existence, 74 killings of soldiers, police and civilians in Concepcion have been laid at the EPP’s door.

It has kidnapped 13 people over the same period, and still holds three.

A “generous” estimate, said Juan Martens, a criminologist at the National University of Asuncion who argued the group posed no “real threat” on a national scale.

They may be few, but they are deadly, said Colonel Luis Apezteguia, who commands a force of a thousand men in the area.

“They say that we do nothing, that the EPP is an invention. But in the meantime, we bury comrades, we take wounded people to hospital,” he lamented.

Last month, three soldiers were wounded by an explosive device, and last year, three others died.

Other than Morinigo, the EPP holds 73-year-old Felix Urbieta, taken from his farm in 2016, and former Paraguayan vice-president Oscar Denis, captive since September 2020.

Denis’s daughter, Beatriz, told AFP: “I would accept anything to have Dad back. I will negotiate anything.”

A few months ago, the family collected the equivalent of $2 million in food — at the EPP’s request, she said — to be distributed among poor villagers.

But to no avail. No word from her father.

“Every time a hostage has been able to return home, it was not because the government found them. It was because a ransom was paid,” Denis said.

The EPP has proposed an exchange of the hostages for its top two leaders Alcides Oviedo, 52, and Carmen Villalba, 50, both prisoners in Asuncion.

Villalba’s brother Osvaldo leads the EPP in her absence.

In 2010, documents uncovered by the Paraguayan authorities revealed links between the EPP and the since-disbanded Revolutionary Armed Forces of Colombia.

The Paraguayan government recently sought support from Colombia in intelligence and military training to combat the EPP.

In an unforeseen way, this could mean the beginning of the end for the guerrilla group.

“The Concepcion region has become a strategic place for drug traffickers, and the EPP disturbs them, because it attracts the presence of the state,” said Martens.

“If the government does not eliminate them, the narcos will take care of them, and have already started. And they are much more powerful.”

Landlocked Paraguay — nestled between Brazil, Bolivia and Argentina — has become an important launchpad for drugs headed for Europe.