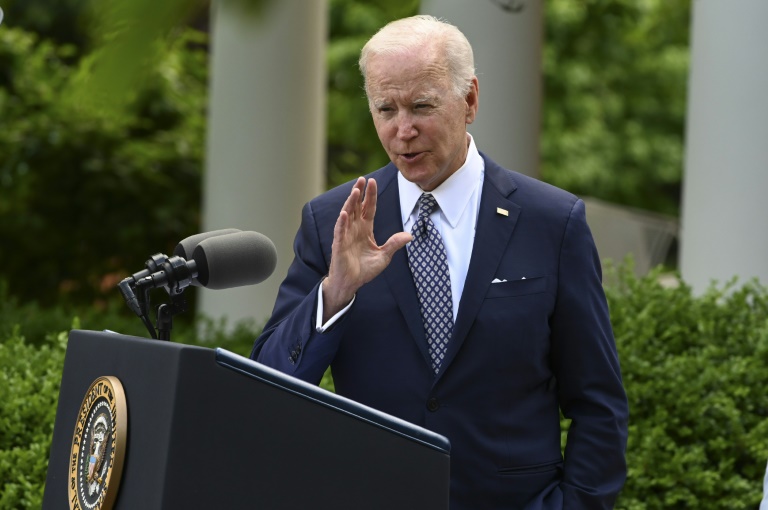 President Joe Biden leaves Thursday for South Korea and Japan to cement US leadership in Asia at a time when the White House’s attention has been pulled back to Russia and Europe — and amid fears of North Korean nuclear tests overshadowing the trip.

The visits are being touted as proof that the United States is building on recent moves to cement its years-long pivot to Asia, where rising Chinese commercial and military power is undercutting decades of US dominance.

But highlighting competing demands from two sides of the world, Biden will meet at the White House with the leaders of Finland and Sweden to celebrate their applications for joining NATO before he boards Air Force One for Seoul.

The Democrat is headed to South Korea, then Japan on Sunday to hold summits with the leaders of both countries, as well as joining a regional summit of the Quad — a grouping of Australia, India, Japan, and the United States — while in Tokyo.

During the first leg, he will visit US and South Korean troops, but will not make the traditional presidential trek to the fortified frontier known as the DMZ between South and North Korea, the White House said.

National Security Advisor Jake Sullivan insisted there was no “tension” between the European and Asian issues, calling them “mutually reinforcing.”

“There’s something quite evocative about going from meeting with the president of Finland and the prime minister of Sweden to reinforce the momentum behind the NATO alliance and the free world’s response to Ukraine, then getting on a plane and flying out to the Indo-Pacific,” Sullivan said.

Briefing reporters on Wednesday, Sullivan said Biden is bound for Asia with “the wind at our back” after successful US leadership in the Western response to President Vladimir Putin’s now almost three-month-long invasion of neighboring Ukraine.

The high military, diplomatic and economic cost imposed on Russia is seen in Washington as a cautionary tale for China to absorb, given its stated ambitions to gain control over democratic-ruled Taiwan, even if that means going to war.

“I think they’ve been struck by the way in which particularly the transatlantic alliance has come together to impose economic costs on Russia as a result of that aggression,” he said.

Sullivan said the administration wants not so much to confront China on the trip as to use Biden’s diplomacy to show that the West and its Asian partners will not be divided and weakened.

He pointed to cooperation from South Korea and Japan, among others, in the sanctions regime against Russia led by European powers and the United States. He also referred to Britain’s role in the recently created security partnership AUKUS.

This “powerful message” will be “heard in Beijing,” Sullivan said, “but it’s not a negative message and it’s not targeted at any one country.”

Sullivan said it was possible that North Korea, which has defied UN sanctions in conducting an array of nuclear-capable missile tests this year, could use Biden’s visit to stage “provocations.”

This could mean “further missile tests, long-range missile tests or a nuclear test, or frankly both, in the days leading into, on or after the president’s trip to the region,” he said.

The Biden administration is prepared to “make both short and longer-term adjustments to our military posture” in response.

Sullivan said the situation was being “closely” coordinated with South Korea and Japan and that he had also spoken about the issue with his Chinese counterpart on Wednesday.