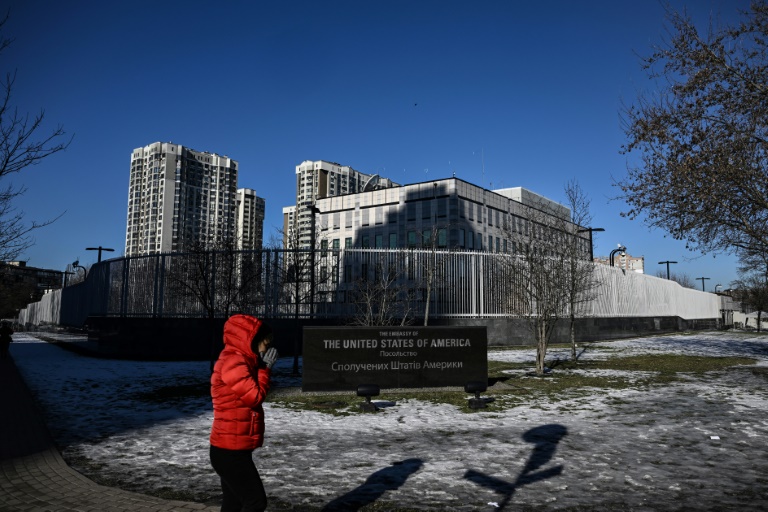 A woman passes by the closed US embassy in Kyiv after it closed 10 days ahead of the Russian invasion on February 24. – Copyright 14 Peaks Expedition/AFP –

The United States reopened its embassy in Kyiv Wednesday after closing it for three months due to the Russian invasion of Ukraine, the State Department said.

“The Ukrainian people, with our security assistance, have defended their homeland in the face of Russia’s unconscionable invasion, and, as a result, the Stars and Stripes are flying over the embassy once again,” Secretary of State Antony Blinken said in a statement.

“We stand proudly with, and continue to support, the government and people of Ukraine as they defend their country from the Kremlin’s brutal war of aggression.”

The State Department closed the embassy in Kyiv on February 14, 10 days before Russian troops poured over the border in a long-anticipated effort to oust the Ukraine government and install one more in line with Moscow.

US diplomats continued to offer services from the far-west city of Lviv, at times staying overnight in neighboring Poland due to security concerns.

The return to Kyiv came weeks after Ukraine forces soundly defeated Russian efforts to seize control of northern Ukraine and the capital, and the war became centered in the east and south of the country.

“As we take this momentous step, we have put forward additional measures to increase the safety of our colleagues who are returning to Kyiv and have enhanced our security measures and protocols,” said Blinken.