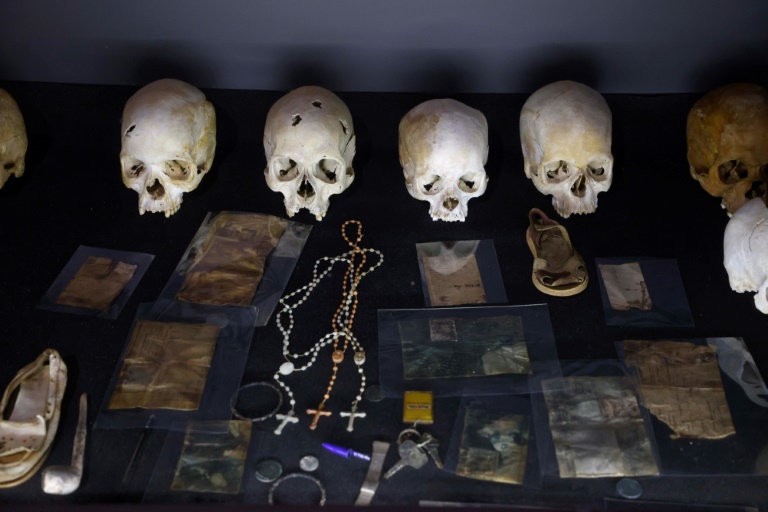 One of the last five fugitives wanted for his role in the 1994 genocide in Rwanda, Pheneas Munyarugarama, died in Democratic Republic of Congo in 2002, UN prosecutors said Wednesday.

Munyarugarama, a local army commander, “died of natural causes” and was buried in Kankwala, in the eastern DRC, the Mechanism for International Criminal Tribunals (MICT) announced in The Hague.

The news comes less than a week after the tribunal announced the death of Protais Mpiranya, the top remaining wanted suspect over the deaths of some 800,000 Tutsis and moderate Hutus in a 100-day slaughter.

“For the victims and survivors of Munyarugarama’s crimes in the Bugesera region, we hope this result brings some closure,” the tribunal’s chief prosecutor Serge Brammertz said in a statement.

A former lieutenant-colonel in the Rwandan Armed Forces (FAR), Munyarugarama was charged by the International Criminal Tribunal for Rwanda with eight counts including genocide and crimes gainst humanity.

“Munyarugarama was alleged to be responsible for mass killings, attacks, and sexual violence against Tutsi civilians at various locations in the Bugesera region, including the attacks on Tutsi refugees at the Ntarama and Nyamata Catholic Churches,” the MICT said.

The tribunal said that after a “comprehensive and challenging investigation” prosecutors established that Munyarugarama “died from natural causes on or about 28 February 2002 in Kankwala… where he was also buried.”

Prosecutors last week announced the death from tuberculosis of leading fugitive Mpiranya in Zimbabwe in 2006.

Top fugitive and alleged genocide financier Felicien Kabuga was arrested near Paris in 2020.