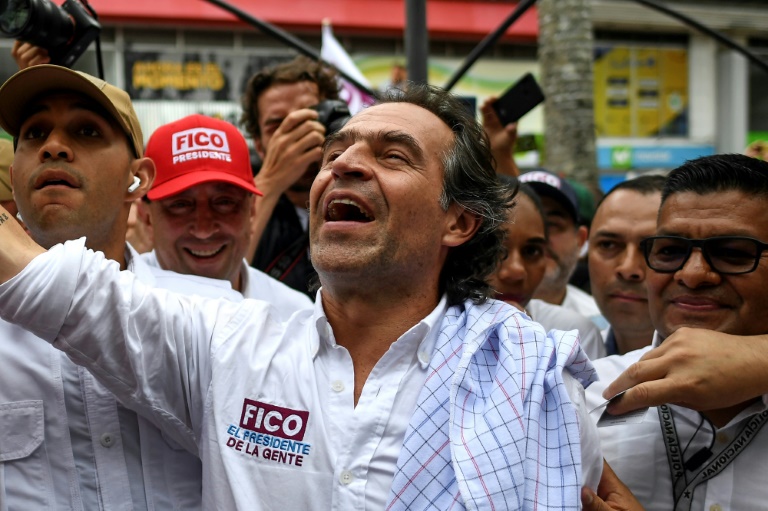 The Colombian government has stepped up security for right-wing presidential candidate Federico Gutierrez following threats from paramilitary and drug trafficking groups ahead of elections later this month.

Gutierrez, who is trailing leftist candidate Gustavo Petro in opinion polls ahead of the May 29 vote, received a threatening note from a paramilitary organization calling itself the Black Eagles, according to his campaign team.

Interior Minister Daniel Palacios said instructions were given to boost Gutierrez’s security in response to the threat, which had raised “concern both inside the campaign and in the intelligence agencies.”

The note designated those who frequent Gutierrez’s party headquarters as “military targets” and threatened that the heads of Gutierrez and his entourage would “roll.”

Palacios said there had also been threats from the Gulf Clan, the largest drug trafficking group in Colombia, the world’s biggest cocaine producer.

The authorities had already stepped up security for Petro, a former guerrilla who had to call off a public appearance this month after his team received “first-hand information” about an assassination plot by paramilitaries.

In the 20th century, five presidential candidates were assassinated by opponents, drug traffickers or paramilitary groups in Colombia.

The country was gripped by more than five decades of conflict between the state and the Revolutionary Armed Forces of Colombia (FARC), which ended with a 2016 peace deal.

While the level of violence has dropped since then, Colombia remains wracked by a multifaceted conflict involving drug traffickers and a multitude of armed groups on the left and right of the political spectrum.

On the campaign trail, Gutierrez has vowed a frontal assault by a “strong state” against criminal groups.

Gutierrez also said the financial strengthening of illegal groups such as the ELN guerrillas, FARC dissidents, the Gulf Clan and paramilitary groups only serves to “threaten the population.”

He added the government’s fight would be “against criminal structures,” with a focus on the “interdiction on drug production routes and laboratories.”

Gutierrez has also accused Petro of spying on his campaign after claiming to have found a microphone at its offices in Medellin.

Petro mocked the claims on Twitter, but a police investigation has been opened.

A second, run-off election round will take place on June 19 if no single candidate out of seven in the running receives a majority of votes in the first round — an outcome polls suggest is unlikely.