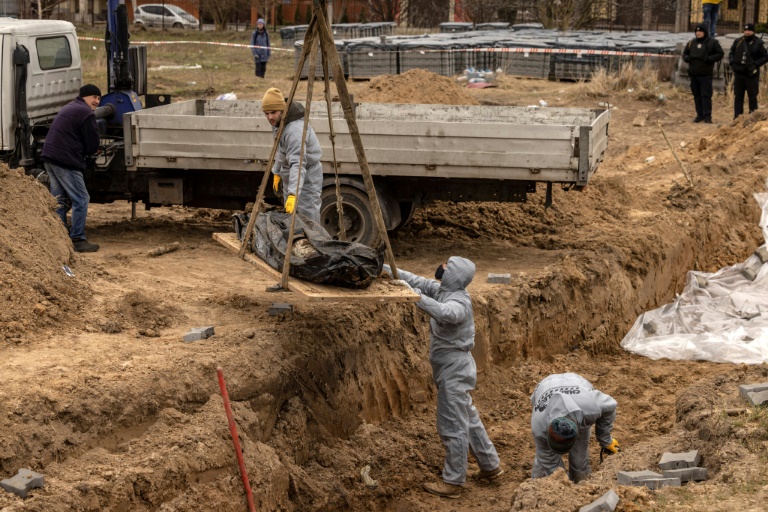 Workers exhume bodies at a site in Bucha, Ukraine where civilians killed during Russian occupation were buried, amid allegations of many war crimes by Russian fighters in the Kyiv suburb. – Copyright AFP/File Yuri CORTEZ

The US State Department announced a new unit Tuesday to research, document and publicize alleged war crimes by Russia in Ukraine.

The Conflict Observatory will “capture, analyze, and make widely available evidence of Russia-perpetrated war crimes and other atrocities in Ukraine,” the department said.

The Observatory will collect publicly and commercially available information, including what is seen on social media and commercial satellite imagery, for use in current and future civil and criminal legal processes.

Most notorious have been the allegations of wanton murder of scores of civilians in Bucha, just outside Kyiv.

The Observatory will create an online platform “to help refute Russia’s disinformation efforts and shine a light on abuses,” the department said.

The Observatory will be a joint effort by the department; Esri, a mapping software company; Yale University’s Humanitarian Research Lab; the Smithsonian Cultural Rescue Initiative, and PlanetScape Ai, which combines artificial intelligence-based analysis with satellite imagery and other data.