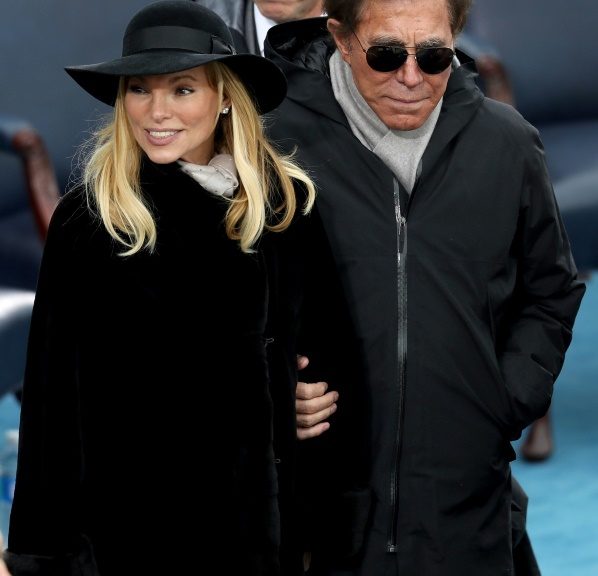 The US Justice Department sued Las Vegas and Macau casino mogul Steve Wynn Tuesday to force him to register officially as an agent for the Chinese government.

Wynn, the founder and former chief executive of Wynn Resorts, acted on behalf of Beijing in 2017 when he met with president Donald Trump and senior administration officials in a Chinese effort to gain custody over exiled tycoon Guo Wengui, the department said.

Guo was wanted in China for financial fraud and other allegations, but was close to Trump advisor Steve Bannon, supporting Bannon’s media business and other activities, and had asked for political asylum in the United States.

The Justice Department said that in June and August 2017, Wynn contacted Trump and had dinner with the president to convey Beijing’s request that the US cancel Guo’s visa or have him otherwise removed from the country.

“Wynn engaged in these efforts at the request of Sun Lijun, then-vice minister of the MPS,” the Justice Department said, referring to China’s Ministry of Public Security.

Besides raising it with Trump, Wynn, who was a former Republican Party finance chairman,  also had “multiple discussions” with senior White House and National Security Council officials “about organizing a meeting with Sun and other PRC government officials” on the issue, it said.

The Justice Department alleges that Wynn carried out Sun’s requests “out of a desire to protect his business interests in Macau.”

It says that Wynn was advised that he had to register as a lobbyist for China under the Foreign Agents Registration Act, but refused to do so.

Wyne was enlisted in the lobbying effort partly by another wealthy US businessman, Trump friend and former top Republican fundraiser, Elliott Broidy.

In 2020, Broidy pleaded guilty to violating the Foreign Agents Registration Act and forfeited $6.6 million in a plea deal.

Wynn, 80, was forced to step down as CEO of Wynn Resorts in 2018 amid sexual misconduct allegations.

In September, three companies owned by Guo were ordered by the US Securities and Exchange Commission to pay $539 million in penalties to settle charges over illegal cryptocurrency sales.