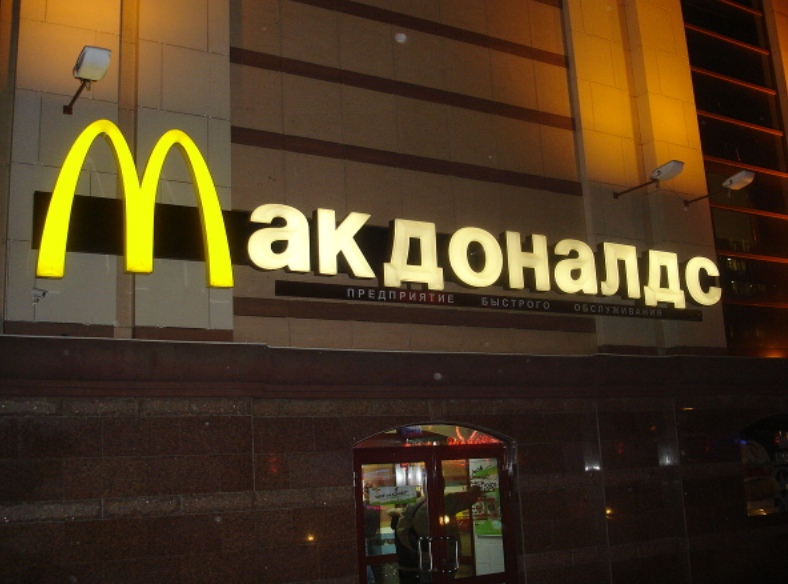 McDonald’s said Monday that it has started the process of selling its Russian business, which includes 850 restaurants that employ 62,000 people, making it the latest western corporation to exit Russia over its invasion of Ukraine.

A little over three decades ago, McDonald’s became the first American fast food restaurant to open in the Soviet Union. The opening of the first store in Moscow came about shortly after the fall of the Berlin Wall.

Besides being an icon of U.S. capitalism, and the American way of life, McDonald’s was also considered a symbol of globalism and a harbinger of peace, as the Soviet Union would collapse in 1991.

In Monday’s announcement, CEO Chris Kempczinski said the “dedication and loyalty to McDonald’s” of employees and hundreds of Russian suppliers made it a difficult decision to leave. “However, we have a commitment to our global community and must remain steadfast in our values,” he said in a Press Release.

“The humanitarian crisis caused by the war in Ukraine, and the precipitating unpredictable operating environment, have led McDonald’s to conclude that continued ownership of the business in Russia is no longer tenable, nor is it consistent with McDonald’s values,” Kempczinski concluded.

The Chicago-based fast-food giant said in early March that it was temporarily closing its stores in Russia but would continue to pay its employees, reports the Associated Press. McDonald’s said Monday that it would seek a prospective buyer to hire its workers and pay them until the sale closes.

As it tries to sell its restaurants, McDonald’s said it plans to start removing golden arches and other symbols and signs with the company’s name. It said it will keep its trademarks in Russia.

As a result of the move, McDonald’s will record a write-off of $1.2 billion to $1.4 billion and recognize “foreign currency translation losses,” the company said, according to the New York Times.