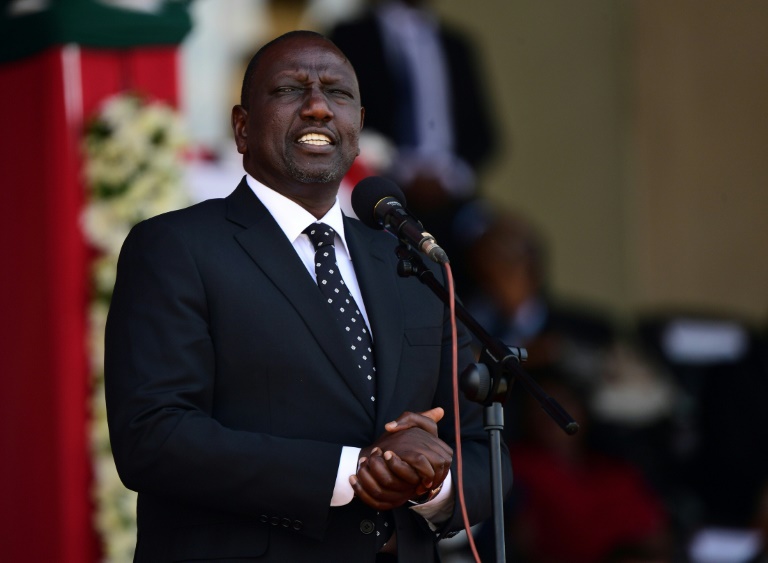 Kenya’s Deputy President William Ruto on Sunday picked a former aide turned fierce critic of President Uhuru Kenyatta to be his running mate in the country’s high-stakes election in August.

Rigathi Gachagua, who served as Kenyatta’s personal assistant between 2001 and 2006, was picked after a months-long, secretive process marked by intense lobbying that stretched late into the night on Saturday.

“The consensus pointed to an individual who scored excellent points on every evaluative parameter… an astute debater with prodigious persuasive responsibility,” Ruto told a televised press briefing at his home in the capital Nairobi.

Gachagua said he was “honoured by the responsibility and faith” Ruto had placed in him, vowing to “deliver Kenyans from economic oppression.”

Prior to becoming a lawmaker in 2017, Gachagua served as an administrator in the authoritarian government of Daniel arap Moi and is regarded as an effective campaigner.

But he has also faced corruption allegations and was charged last year with acquiring more than 7.3 billion Kenyan shillings ($62.8 million, 60.3 million euros) suspected to be proceeds of crime. The case is ongoing.

This year’s presidential contest is shaping up to be a two-horse race between Ruto and Raila Odinga, a former political prisoner and prime minister who has secured Kenyatta’s support.

Ruto, 54, was initially anointed by Kenyatta as his successor but found himself marginalised after the 2018 pact between the president and former foe Odinga.

Since then Ruto has positioned himself as a leader looking to upend the status quo and stand up for the “hustlers” trying to survive in a country ruled by “dynasties” — a reference to the Kenyatta and Odinga families which have dominated politics for decades.

The choice of a deputy president will play a key role in determining the winner of the August 9 poll, with tribal and community allegiances affecting the outcome of previous elections.

The East African powerhouse has traditionally been ruled by presidents from the dominant Kikuyu tribe like Kenyatta or the Kalenjin tribe like Ruto.

Gachagua — a Kikuyu — hails from the populous Mount Kenya region, which has produced three of the country’s four presidents since independence in 1963.

With its diverse population and ethnic voting blocs, elections in Kenya have often been marred by violence.

Both Kenyatta and Ruto had been indicted by the International Criminal Court on crimes against humanity charges for their alleged role in orchestrating post-poll violence in 2007 that cost more than 1,100 lives.

The case collapsed in 2016 after the court declared a mistrial citing troubling incidences of witness interference.

After post-election fighting in 2017 left dozens dead, Kenyatta and Odinga announced a rapprochement, saying they hoped to end repeated cycles of poll-related violence.

Odinga, who belongs to the Luo tribe, is expected to announce his running mate on Monday.