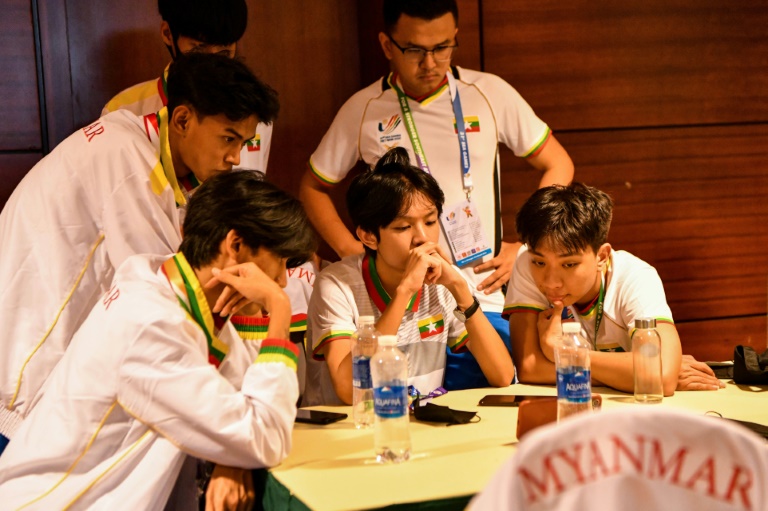 Myanmar’s eSports athletes must battle not only online opponents but also a creaky national infrastructure in their bid to make it in the ferociously competitive world of gaming.

A relative newcomer to the fast-growing electronic sports scene, Myanmar sees eSports as a way of connecting to the outside world, a top gaming official from the country told AFP at the SEA Games in the Vietnamese capital Hanoi.

ESports are a popular choice among many Asian youths seeking the promise of fame and fortune on the digital battleground.

But Myanmar’s budding gaming stars face challenges that are unthinkable for many of their rivals.

Power outages and internet connection problems are routine obstacles in the developing country where the civilian government of Aung San Suu Kyi was toppled by the army in February 2021.

“Blackouts are a challenging factor,” Myanmar Esports Federation vice president Kaung Myat San said, adding that gamers who do not have back-up generators “will find it difficult”.

Myanmar is plagued by a frail energy grid that particularly stumbles during the hot summer months when electricity use is high, forcing locals to buy costly generators for their power needs.

Another barrier is the country’s internet, which although “getting better” is still slower than other countries, said Kaung.

Gamers can suffer “high ping” — a lag between the player inputting a command and the server responding to it — which can be fatal in a sport where fractions of seconds are the difference between online life and death.

“High ping is an issue for some games, especially to enter international events that are hosted online,” he said, adding that was however “only a small percent”.

He declined to comment if his country’s political troubles were a factor on local eSports performance.

Underlining the fears people have of being seen to criticise the ruling junta, one eSports player at the SEA Games declined to give his name in describing how they sometimes have to hop from one location to another in the middle of the day when the power cuts out.

He said that they usually get about 18 hours of electricity a day.

ESports made its debut at the biennial SEA Games in 2019 and was also set to feature at the Asian Games in China later this year, before those Games were postponed because of Covid. Talk has bubbled away for years about eSports one day making the Olympics.

International gaming competitions meanwhile can draw vast online and in-person audiences and prize pools in the tens of millions of dollars.

The obstacles teams from Myanmar face has not stopped some making their mark in eSports.

At the SEA Games in Hanoi, a row of Myanmar eSports players furiously tapped at their phones against Singapore in a Friday group-stage match of League of Legends: Wild Rift.

After a 15-minute battle, the Myanmar group bowed out from the brightly lit stage with their second loss of the day after being beaten earlier to Vietnam.

The athletes declined to speak to the media, shying away from queries.

Kaung said despite the defeat, the country’s 29-strong eSports squad still stand a chance at winning medals in two other mobile gaming events in Hanoi.

He is confident about Myanmar’s long-term gaming prospects, but the players need help.

“For our players to overcome these problems, they have to join professional eSports organisations which can support them. Sponsoring them can grow their careers,” he said.

“Through eSports we can catch up to the world.”