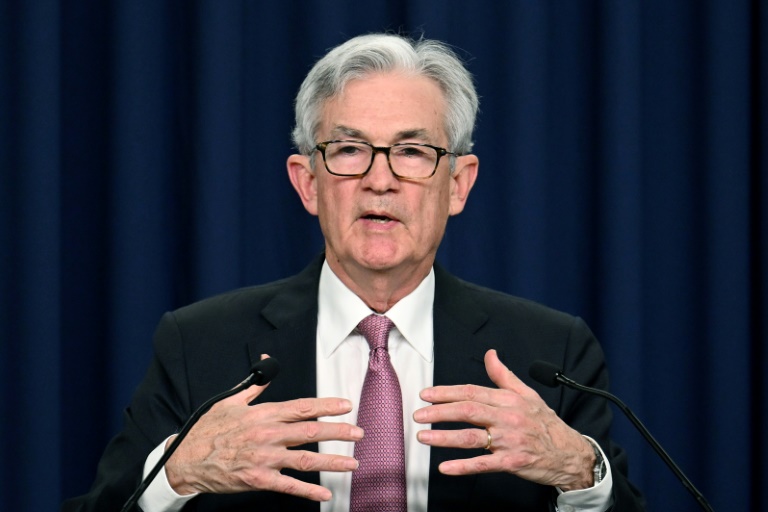 The confirmation of Jerome Powell (pictured May 4, 2022) as US Federal Reserve chair for a second tirm comes amid surging inflation – Copyright AFP Sam Yeh

The US Senate was poised Thursday to confirm Jerome Powell to a second term as head of the Federal Reserve, as the central bank works to crush soaring inflation.

The vote will come as inflation has hit a 40-year high, fueled by the conflict in Ukraine and ensuing sanctions imposed on Russia, as well as Covid-19 restrictions in China that have raised concerns the global supply snarls may worsen.

Powell, a Republican who enjoys broad bipartisan support, has continued at the helm of the central bank although his first term officially expired February 4.

His confirmation was delayed by a drawn-out process to approve Lisa Cook to join the Fed board — the first Black woman to serve in the post — who was finally confirmed on Tuesday with only Democratic votes.

The vote on Powell comes the day after the upper house of Congress approved the nomination of Philip Jefferson of Davidson College, marking the first time the Fed board has had more than one Black governor.

US President Joe Biden, whose popularity has taken a hit from the soaring inflation and record gasoline prices, has said repeatedly that tackling the issue is primarily a job for the Fed.

“I put forward highly qualified nominees to lead that institution, and I strongly urge the Senate to confirm them without delay,” he said Tuesday.

Powell led the central bank as is slashed the benchmark interest rate to zero at the start of the pandemic in March 2020 and pumped money into the financial system to prevent a severe downturn in the world’s largest economy, and is now overseeing efforts to cool price pressures impacting American families.

The Fed last week announced its largest rate hike since 2000 and signaled similar increases were likely in the coming months.

The challenge for Powell and the Fed is to turn down the heat on inflation without tipping the United States into recession, but he has expressed confidence that the economy is strong enough to withstand the tighter monetary policy.

With the latest additions, the Fed board will be just one short of its full complement of seven governors.

Cook and Jefferson each have researched inequality in the labor market.

Powell has repeatedly stressed the importance of ensuring economic opportunities extend to disadvantaged groups — a notable change of focus in an economy where Black workers face far higher unemployment rates than other racial groups.

Cook, a professor of economics and international relations at Michigan State University, has focused her research on how discrimination has harmed the American economy and the damage downturns do to the poor.

Jefferson, also an economics professor, is only the fourth Black man to serve as a Fed governor.