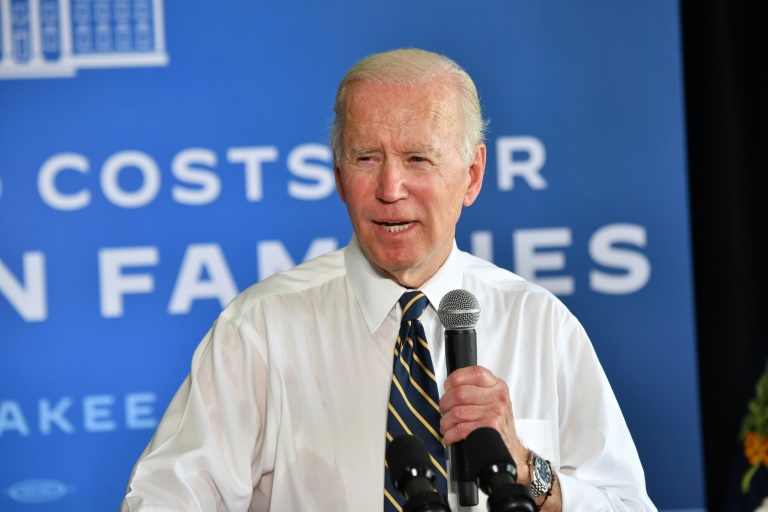 US President Joe Biden speaks during a visit to a farm in Kankakee, Illinois on the eve of welcoming Southeast Asian leaders for a summit that is expected to focus in part on trade – Copyright AFP/File Kenzo TRIBOUILLARD

The United States is preparing a scaled-back version of a trade pact as Southeast Asian nations gather in Washington, where President Joe Biden is seeking to show solid commitment in the face of a rising China.

Leaders from the Association of Southeast Asian Nations will meet Biden for dinner Thursday at the start of a two-day summit, part of a renewed US focus on Asia after months of intense effort on Ukraine.

Before Russia’s invasion of Ukraine, the Biden administration had made clear that its top priority was competition with China due to its rapid technological advances and rising assertiveness both at home and abroad.

Kurt Campbell, the top White House official on Asia, said the United States would raise areas of cooperation with ASEAN leaders including fighting the Covid pandemic and disaster relief.

He also said he expected “substantial interest” by Southeast Asian nations in the Indo-Pacific Economic Framework, or IPEF, the latest acronym-branded US trade initiative, which was mentioned late last year by Secretary of State Antony Blinken in Indonesia.

“We’re quite confident that we’re going to be able to have a substantial launch with a very broad range of potential players,” Campbell said at the US Institute of Peace.

Koji Tomita, Japan’s ambassador to Washington, told a separate event that he expected IPEF to be unveiled formally a week later when Biden visits Tokyo and Seoul.

Former president Barack Obama had proposed the Trans-Pacific Partnership, billing it as a high-standards deal that would let the United States lead the emerging trade order in Asia.

His successor Donald Trump trashed the deal, calling free trade unfair to US workers. Biden, seeing the shifting US political mood, has made clear he is in no rush for trade deals — and China is now seeking to enter the Trans-Pacific Partnership’s successor.

Unlike traditional trade deals, it would not guarantee market access to the United States, the world’s largest economy — the usual sweetener to persuade nations to make concessions.

Campbell said Biden knew that any initiative needed to be “fundamentally based on the needs and desires of the people of Southeast Asia.”

“He does not want to descend Southeast Asia or Asia into a new Cold War,” he said.

“I think we recognize quite clearly that any initiative that is simply designed for competition is likely to have difficulty gaining altitude in Asia.”

China for more than a decade has been ASEAN’s largest trading partner, despite widespread territorial rifts between Beijing and members of the bloc, especially Vietnam and the Philippines.

Evan Feigenbaum, a former senior State Department official, told a recent congressional hearing that the United States has historically enjoyed its privileged place in Asia due to both its security and economic leadership, only one of which remains.

“Even though America’s economic role is growing in absolute terms, it is receding in relative terms, which means that, to lead, we should be leaning harder on the other pillar of our economic leadership, which was to be a rule writer and standard setter,” said Feigenbaum, now at the Carnegie Endowment for International Peace.

Labor advocacy group Trade Justice has already voiced alarm at IPEF, saying many Southeast Asian nations did not have adequate treatment of workers.

Trade diplomacy has long been at the forefront of US interactions with Southeast Asia, often seen as a victim of its own success given its perceived stability.

But the Washington summit also comes after a year of intense US pressure on Myanmar, once hailed as a model of democratic transition, following its military coup.

US officials say they will seek to show support for democratic forces in Myanmar and may represent the country with an empty chair during the summit.