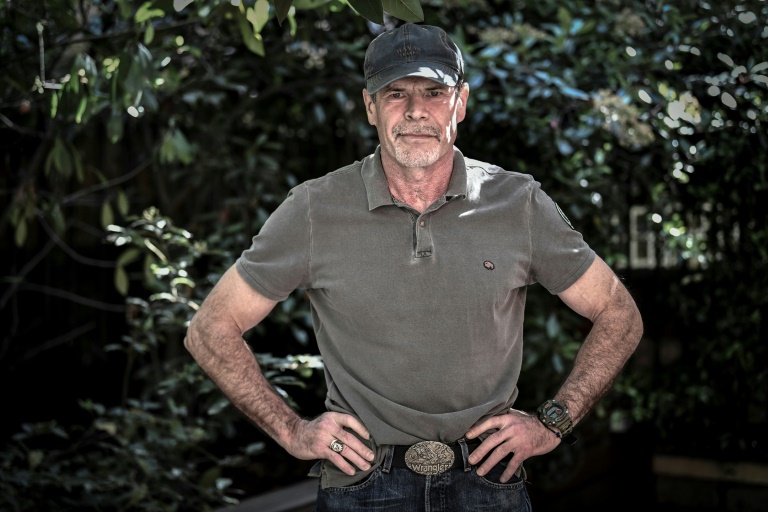 Gabidullin says the Kremlin should stop foreign interventions and focus on improving the lives of people at home – Copyright AFP/File Ishara S. KODIKARA

For almost half a decade former Russian soldier Marat Gabidullin was a fighter with the controversial mercenary outfit Wagner, deployed in the east of Ukraine and then in Syria, where he was badly wounded.

But now as fighting rages in Ukraine, he believes the Kremlin should stop foreign military interventions and focus instead on improving the lives of people at home.

The shadowy private military company, Wagner Group, has emerged over the last decade as one of the most controversial aspects of modern Russia under President Vladimir Putin. Fighters are involved in conflicts not just in Syria and Ukraine, but also African nations including Libya, Central African Republic and Mali.

Gabidullin, 55, says he worked with Wagner from 2015 to 2019 but has now become the first former fighter to publicly break ranks and speak out about the organisation, publishing a book in Russia this year that has now been translated into French.

“It’s a small kind of army,” Gabidullin told AFP in an interview. He said one of its major assets was being “very flexible” so formations could be adapted rapidly according to which theatre they were in.

His motivation in speaking out was to make clear that Russia uses mercenaries and “in some cases has even used these mercenaries in such a way that contradicts all moral norms and values”.

He said Wagner consisted of battle-hardened soldiers who knew no job other than war and “romantics” who wanted to taste conflict. But the main bulk were simply those who had joined for the money, which could reach thousands of dollars a month during a mission.

“The money they earn in these structures, they would not be able to earn anywhere else in Russia,” said Gabidullin.

– Ukraine would have come to us –

Gabidullin said he joined Wagner in 2015 after a tip from an acquaintance. He had spent a decade in the regular Russian army and also served three years in a prison camp over the killing of a criminal gang leader in what he describes as a settling of scores.

Chain-smoking and sporting a polo shirt with a skull clutching a knife between its teeth, he told AFP he had fought for Wagner for pro-Russian forces in the east of Ukraine in 2015 and then undertook several missions to Syria up to 2019, as Moscow sought to keep President Bashar al-Assad in power.

AFP could not independently confirm the course of his past. Fearing for his security after the publication of the book, he left Russia earlier this year and is now living in France.

Gabidullin said he was badly wounded in Syria by a grenade while deployed around Palmyra. But now he wonders if the Russian intervention in Syria, which began in 2015, has done the country any good.

“The people of Syria are sitting without electricity, without fuel, in hunger and cold. That’s it. And in this sense I think the intervention did not help them.”

With the Kremlin now seeking control deep into Ukraine, Gabidullin said he believed it would be far wiser to focus on problems at home, where ordinary Russians struggle to make ends meet.

“You might have a rocket but you don’t have a normal car! We have not made our homegrown iPhone. We have total dependence on Western technology.

“It would have been better to have sorted that out. But they (the Russian leadership) needed a small victorious war to improve their ratings.”

He added: “We needed to look after our internal problems and work so that people started to really respect us, look up to us, so that we became an example for Ukraine of wellbeing.”

“And then Ukraine would have come to us and not pushed away from us.”

Russia insists that Wagner has no links to the state. Foreign Minister Sergei Lavrov this month reaffirmed the official position that Wagner is present in countries like Mali and Libya “on a commercial basis”.

Putin has described Wagner as a “private business”. It has been linked to Yevgeny Prigozhin, a businessman dubbed “Putin’s chef” because of Kremlin catering contracts. He denies any association with Wagner, despite being sanctioned by the West.

A European official has said there could be 10,000-20,000 mercenaries taking part in the Ukraine invasion although it was not clear how many are from Wagner. The British defence ministry has also said Wagner fighters are present in Ukraine, including senior leaders of the organisation.

Gabidullin rubbished the notion that Wagner had no links to the state. “Private individuals having possession of such arms can only happen with the permission of the state authorities. No less,” he said.

He wants to return to the “motherland” but for now will stay abroad, mindful of the draconian new laws in Russia that foresee jail terms of up to 15 years for anyone deemed to be disseminating false information about Russia’s actions in Ukraine.

“These laws envisage criminal punishment for telling the truth about the army and expressing your opinion, by calling this a ‘war’ not a ‘special operation’.”