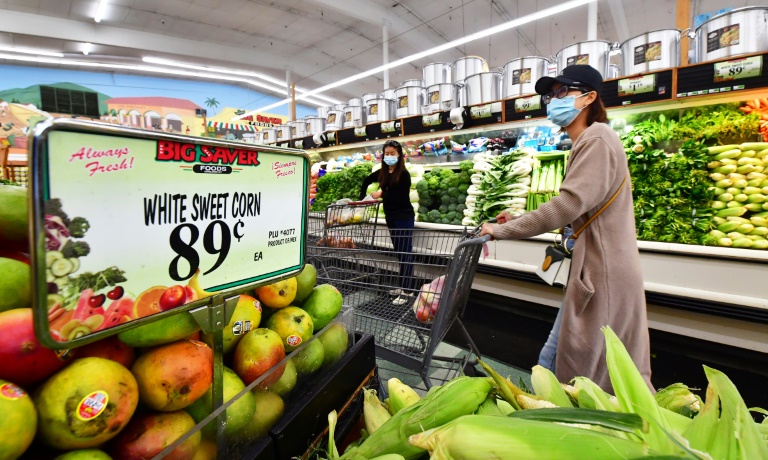 Asian equities slumped on Thursday following Wall Street’s lead, as markets churned after a key US report renewed fears of inflation and a tightening of monetary policies.

Stocks have been volatile for much of 2022, fuelled by China’s Covid-19 lockdowns, Russia’s invasion of Ukraine, and surging inflation that has dampened consumer sentiment.

Investors had been looking to the US consumer price report in hopes that easing inflation would lower pressure on the Federal Reserve to hike interest rates, but the rise of 8.3 percent was higher than expected.

“Wall Street thought it was going to be done with inflation rearing its ugly head, but that does not appear to be the case.”

Inflation is still expected to decelerate over the next few months, he said, “but it won’t be sharp given the rising prices on gas, hotel, airfares”, as well as the impact of China’s Covid lockdowns on supply chains and exports.

Americans have felt the pinch of rising food prices, including big increases in dairy and cereal products.

The index for meat, poultry, fish and eggs surged 14.3 percent — the biggest gain since May 1979.

US President Joe Biden called April’s overall slow-down “heartening” — March saw a peak of 8.5 percent — but acknowledged inflation was still a major challenge, and said “bringing it down is my top economic priority.”

Post-report, US stocks gyrated — opening lower, rallying, retreating, and then with losses accelerating at close.

All three major indices finished firmly in the red, with the tech-rich Nasdaq slumping 3.2 percent behind big drops by Apple and Facebook-parent Meta.

“We’re seeing the beginning of the capitulation and the great reset, if you want, in pricing,” Virginie Maisonneuve, global chief investment officer for equity at Allianz Global Investors UK, told Bloomberg.

Oil prices — which fell below $100 a barrel on the benchmark US crude contract WTI earlier this week — jumped around five percent amid ongoing worries over Russian energy supplies.

By Thursday morning, it traded around $104 a barrel.

Ukraine said Russia had halted gas supplies through a key transit hub in the east of the country, fuelling fears Moscow’s invasion could worsen an energy crisis in Europe.

The “choppy” nature of crude prices is also due to uncertainty about “the timing of an EU ban on Russian oil imports”, said Michael Hewson at CMC Markets.