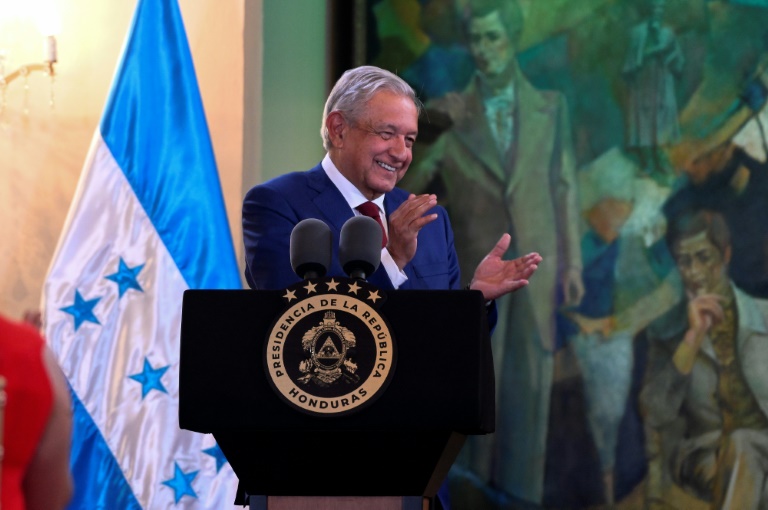 Mexican President Andres Manuel Lopez Obrador said Tuesday that he would skip a Summit of the Americas in Los Angeles in June unless Washington invites all countries in the region.

“If not everyone is invited, a representative of the Mexican government will go, but I would not go,” the leftist leader said.

“I don’t want the same policy to continue in America, and I want, in fact, to assert independence and sovereignty and show universal fraternity,” Lopez Obrador added.

White House Press Secretary Jen Psaki said in response that “a final decision has not been made yet” on whether Cuba, Nicaragua and Venezuela would be invited to the talks.

“We know that the summit is a valuable opportunity to focus on some of the most important issues like the ongoing fight for freedom and democracy for every country, our shared climate goals and stronger, more collaborative Covid-19 response, and addressing the root causes of migration,” she told reporters.

On Sunday, Mexico’s president visited Cuba where he urged an end to US sanctions against the island and full regional participation in the June 6-10 Summit of the Americas.

The United States has stepped up criticism of Cuban authorities following the arrest of hundreds of people for taking part in anti-government protests last July.

The United States and around 60 other countries recognized Venezuelan opposition leader Juan Guaido as interim president after a 2018 election that many nations deemed illegitimate.

Last November’s re-election of Ortega, a former left-wing guerrilla leader in power since 2007, was widely branded a farce by the international community after dozens of opposition figures were detained including some who were running for president.