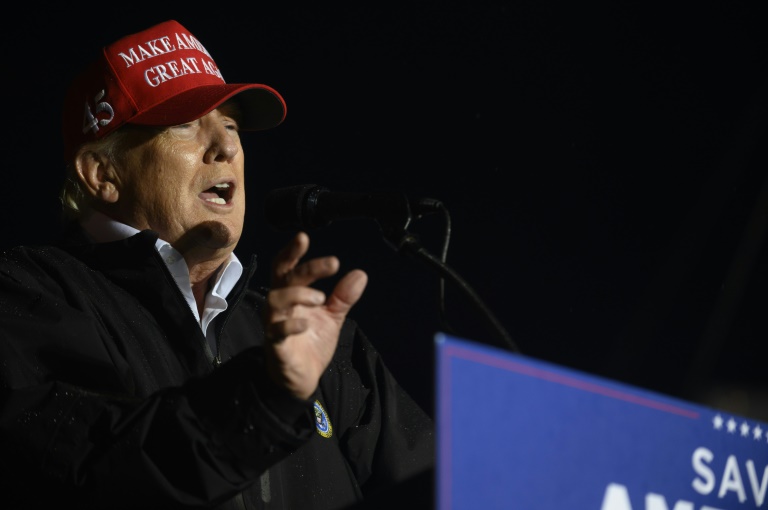 Elon Musk on Tuesday said that as owner of Twitter he would lift the ban on Donald Trump, contending that kicking the former US president off the platform “alienated a large part of the country.”

Musk’s endorsement of a Trump return to the global messaging platform quickly triggered fears among activists that Musk would “open the floodgates of hate.”

“I would reverse the permanent ban,” the billionaire said at a Financial Times conference, noting that he doesn’t own Twitter yet, so “this is not like a thing that will definitely happen.”

The Tesla chief’s $44-billion deal to buy Twitter must still get the backing of shareholders and regulators, but he has voiced enthusiasm for less content moderation and “time-outs” instead of bans.

“I do think that it was not correct to ban Donald Trump,” Musk said.

“I think that was a mistake because it alienated a large part of the country, and did not ultimately result in Donald Trump not having a voice.”

Trump was booted from Twitter and other online platforms after supporters fired up by his tweets and speech alleging election fraud attacked the US Capitol on January 6, 2021 in a deadly bid to stop Joe Biden from being certified as the victor in the US presidential election.

“Elon Musk would open the floodgates of hate and disinformation on Twitter,” said Media Matters for America president Angelo Carusone.

“Whether Elon Musk is a fully red-pilled right-wing radical or just someone very interested in enabling right-wing extremists, the result is the same.”

Backing off on fighting misinformation and extremists on Twitter would put pressure on other social networks to do likewise in a race to the bottom, Carusone contended.

Musk reasoned that permanent bans at Twitter should be rare, and reserved for accounts that are spam, scams or run by software “bots.”

“That doesn’t mean that somebody gets to say whatever they want to say,” Musk said.

“If they say something that is illegal or otherwise just destructive to the world, then there should be a perhaps a timeout, a temporary suspension, or that particular tweet should be made invisible or have very limited attraction.”

Musk maintained that permanent bans undermine trust in Twitter as an online town square where everyone can be heard.

Trump has stated publicly that he would not come back to Twitter if permitted, opting instead to stick with his own social network, which has failed to gain traction.

Activist groups have called on Twitter advertisers to boycott the service if it opens the gates to abusive and misinformative posts with Musk as its owner.

“Under Musk’s management, Twitter risks becoming a cesspool of misinformation, with your brand attached,” said an open letter signed by more than two dozen groups including Media Matters, Access Now and Ultraviolet.

Twitter makes most of its revenue from ads, and that could be jeopardized by advertisers’ reaction to content posted on the platform, the San Francisco-based tech firm said in a filing with US regulators.

While Musk has not revealed nitty-gritty details of how he would run the business side of Twitter, he has expressed a preference for making money from subscriptions.

As of the end of March, an average 229 million people used Twitter daily, the company said in a regulatory filing.

“We believe that our long-term success depends on our ability to improve the health of the public conversation on Twitter,” the company said in the filing.

Efforts toward that goal include fighting abuse, harassment, and spam, Twitter told regulators.

“Elon Musk owes the world a better explanation of how the platform will deal with the likes of Trump than an edict that his ouster was wrong because it proved unpopular in some places,” said Suzanne Nossel, chief of human rights nonprofit PEN America.