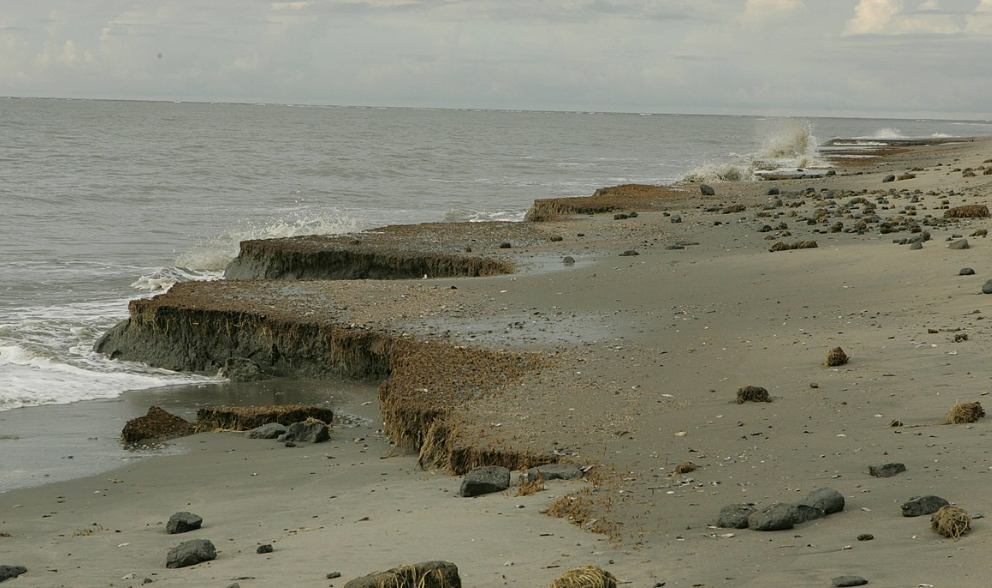 For over two decades, policymakers and communities along North Carolina’s Outer Banks have been grappling with the problem of deteriorating shorelines. This problem was again brought to light when another house collapsed into the ocean during the night on Monday.

The state’s Outer Banks is a 320-kilometer-long (199-mile-long) string of narrow and sandy (some tree-covered) barrier islands, that line most of the state’s coastline, and extend from Virginia to South Carolina, curving out into the Atlantic Ocean.

The broad and flat Atlantic Coastal Plain extends some 65 miles inland from the barrier islands. It is swampy along the coast and is crisscrossed by dozens of rivers.

While most of us don’t think the sea level rising at a rate of 5.3 millimeters per year is very much now, it does add up to 1.74 feet in a hundred years. The rising sea levels, along with beach erosion and ever-more violent storms are beginning to take a toll on the pricey homes along the Outer Banks.

The latest home to collapse was located along Ocean Drive in the Outer Banks community of Rodanthe. The park service confirmed the collapse Tuesday and has closed off the area and warned that additional homes in the area may fall too, reports ABC News.

This is the second time a home has fallen into the surf this year. A house in Rodanthe collapsed in February and spread debris across many miles of beaches before the homeowner and volunteers were able to clean most of it up. However, clean-up efforts for smaller pieces of debris continue.

“Unfortunately, there may be more houses that collapse onto Seashore beaches in the near future,” said David Hallac, superintendent for National Parks of Eastern North Carolina, reports Spectrum News1.

“We proactively reached out to homeowners along Ocean Drive in Rodanthe after the first house collapse and recommended that actions be taken to prevent collapse and impacts to Cape Hatteras National Seashore.”

Another problem – ocean overwash – has cropped up this week. A slow-moving low-pressure system off the North Carolina coast has closed access to parts of the Outer Banks.

The system is producing strong northerly winds and rough surf, all leading to ocean overwash on Highway 12 near Mirlo Beach around high tide early Tuesday morning. The road is now closed between Oregon Inlet and Rodanthe. Even nearby areas that are passable have deep sand and water.

Coastal geologists say that Mirlo Beach is just one of seven hot spots that can become overwashed by the ocean or sound during storms and high tides, and more hot spots could develop in the future.

In an interview last year, Tony Rodriguez with UNC’s Institute of Marine Sciences says a warming climate will cause more problems. He said, “We’ll probably have higher sea levels more frequently or even stronger storms. So, all of that will make the process of overwashing the barriers happen more frequently and probably to a greater extent.”

A task force was formed last year to develop a long-term plan for Highway 12. The group consists of federal, state, and local agencies.