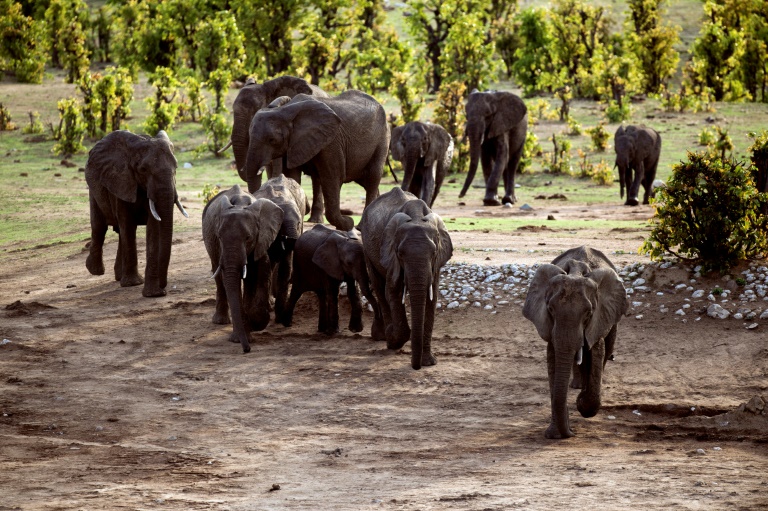 Sixty Zimbabweans have been killed by elephants so far this year, as a conservation success story has led to increased conflict with humans, the government spokesman said Tuesday.

With 100,000 elephants, Zimbabwe has the world’s second-largest population after Botswana, and about one-quarter of the elephants in all of Africa.

Unlike in much of the world, where poachers have killed off the animals for their tusks, Zimbabwe’s elephant population is growing at about five percent a year.

“In some areas, elephants are moving in numerous herds and have devoured everything in the fields and are now moving into homesteads, forcing community members to retaliate, in the process injuring some of the elephants,” government spokesman Nick Mangwana said on Twitter.

“The injured ones have become aggressive and uncontrollable,” Mangwana said.

“The issue of human and wildlife conflict has become quite emotive. This year alone 60 Zimbabweans have lost their lives to elephants and 50 injured,” he said.

Elephants have been roaming outside of Zimbabwe’s sprawling game reserves.

But demographic growth as well as poverty are also forcing rural dwellers in Zimbabwe to move into areas that bring them into conflict with elephants.

Zimbabwe has a population of around 15 million which is growing at around 1.5 percent per year.

Tinashe Farawo, of the Zimbabwe Parks and Wildlife Management Authority, told AFP warned of “disaster” unless elephant numbers were reduced.

“The threat is likely to increase as we move towards the dry season when the herds will be moving in search of water and food,” he said.

Farawo said rangers have been deployed to put down the most dangerous elephants.

Conservationists say that Zimbabwe can support about 45,000 elephants, which require vast grounds for grazing.

Trade in elephants is banned internationally, but the government has begun considering contraceptives or hunting licenses to manage the herd.