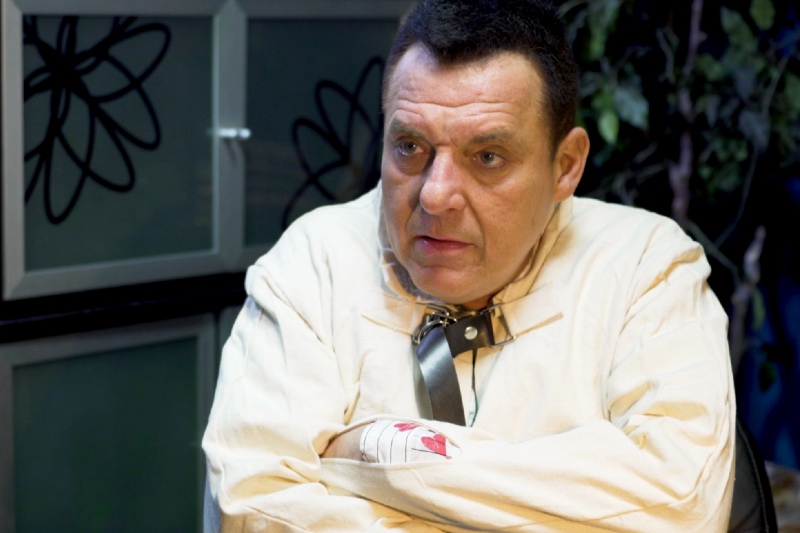 Golden Globe-nominated actor Tom Sizemore chatted about starring in the “Barbee Rehab” series on Tubi, which premieres tomorrow on Friday, May 6.

This seven-part, limited series follows a patient (Tom Sizemore, “Twin Peaks: The Return” and “Saving Private Ryan”), who is on the verge of being locked up after claiming to have discovered a rehab facility focused on treating people who are obsessed with collecting and/or living as real-life Barbie and Ken dolls. “People seem to really like it. I can’t believe it in a way,” Sizemore said.

Tom shares his unbelievable stories about the unstable staff and patients who suffer from a variety of outrageous Barbie and Ken doll addictions, with his psychiatrist, (Janice Dickinson). Will he convince her this is a real place, or will he end up in the nuthouse? Welcome to “Barbee Rehab”, where reality, imagination, delusion, and perversion collide.

On playing Tom, he said, “I had a lot of fun doing it. I am good friends with Bai Ling and Janice Dickinson. It was a comedy, and it was almost like they built a theater and allowed us to do a play. It was just a lot of fun. Vanessa Bednar and Derek S. Orr were so ambitious, and they hustled their asses off to get this series out there and they did it.”

Sizemore had great words about actor Johnny Wactor (“General Hospital”), who played Star Trek Ken in “Barbee Rehab.” “Johnny is cool and funny,” he said. “This was a fun project, we all got along great.”

Speaking of Wactor, he also worked with Sizemore in “USS Indianapolis: Men of Courage.” “Nicolas Cage was really good in that film, it’s a good movie,” Sizemore said.

On the title of the current chapter of his life, he responded, “Fatherhood.”

In 2000, Sizemore was nominated for the Golden Globe Award for “Best Performance by an Actor in a Miniseries or Motion Picture Made for Television” for “Witness Protection.” “That was great,” he admitted. “It was a great time and a great period. It was really terrific.”

On being an actor in the digital age, Sizemore said, “The world is changing, show business is changing, things are different now. Although it feels different, acting is acting. I’m not sure how it’s going to be moving forward but the Hollywood studios are finding their way.”

For young and aspiring actors, the veteran actor said, “Get on your feet and do it as much as you can, that’s the most important thing. The more experience you have the better you get at it.”

If he weren’t in the acting and entertainment world, he revealed that he would be a lawyer or an underwater welder.

He defined the word success as “being stable emotionally and financially, and being able to take care of the people that you love.”

For his fans, he concluded about the new series “Barbee Rehab” on Tubi, “It’s like going to a surprise birthday party, you don’t know what is going to happen, but it’s going to be fun.”