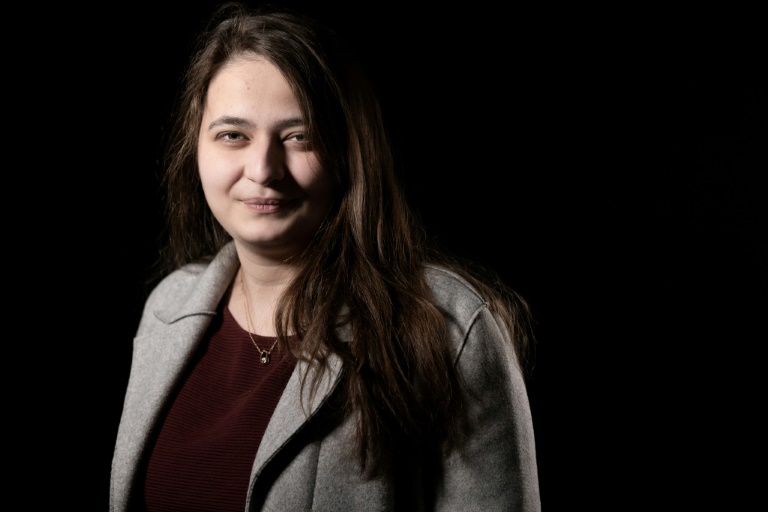 As a law student in late 2019, Verena El Amil joined mass street protests against Lebanon’s political elite. Now she wants to fight them at the ballot box.

At age 25, she is one of a growing number of independent candidates running in a May 15 parliamentary vote in the crisis-torn country.

“We are going to fight,” the young lawyer, dressed in a black leather jacket and combat boots, said at a coffee shop outside Beirut.

“The slogans we screamed during the protests are the ones we want to carry into campaigns and into parliament.”

The vote will be the first major electoral test since a youth-led protest movement from October 2019 vented its rage at Lebanon’s graft-tainted political class.

The revolutionary fervour has been sapped since by cascading crises, from a financial collapse and the pandemic to the 2020 Beirut port blast that killed more than 200 people.

While most of her fellow graduates have fled abroad, Amil honed her political skills in student activism and spent all her savings on the campaign.

“Running for parliamentary elections for me is a continuation,” said Amil, one of the youngest candidates to stand.

“After the 2019 protests, we all grappled with defeat and the reality of a massive emigration wave.

“But in spite of this, we still need to try, and I am running for the elections to show that we are still trying.”

The number of independent candidates running against established parties has more than doubled since the last vote in 2018.

Beirut-based think tank the Policy Initiative said opposition and independent candidates make up 284 of the 718 hopefuls — up from 124 four years ago.

They are running in 48 different electoral lists across Lebanon, including in peripheral regions where traditional leaders have seldom faced a challenge.

Also in the race this time is Lucien Bourjeily, an activist, writer and director who emerged as one of the key figures of the 2019 protest movement.

Running for a seat for the second time, Bourjeily said he sensed more engagement from the public this time around.

But the opposition is mainly gunning for accountability, not a major win, he said, urging voters to document any signs of electoral fraud.

“The way we documented people getting beaten and losing their eyes and getting killed on the street, we should document how votes will be stolen,” he said.

“People should treat election day as a protest.”

Even in a clean election, opposition candidates would face an uphill challenge, lacking the funds and campaign machines of the traditional parties.

Lebanon’s electoral law is designed to benefit established players, and the opposition is far from united.

“You have competing opposition lists in most districts, and this is unacceptable,” said Carmen Geha, a professor of public administration at the American University of Beirut.

“We needed hope, and hope would have come from a national campaign.”

Voter turnout may be low, in part because high fuel prices deter travel to ancestral towns and villages where constituents are required to cast their vote.

An Oxfam report last month said only 54 percent of over 4,600 people surveyed said they intended to vote, a trend it blamed largely on widespread “disappointment and hopelessness”.

Most of those planning to abstain cited a lack of promising candidates, while nearly half of those who plan to vote said they would choose an independent candidate, the British-based charity said.

Veteran activist Maher Abou Chakra, who ran briefly for the election before pulling out, criticised the opposition for lacking a coherent strategy to rock the establishment.

“Lebanon’s political regime is hundreds of years old… and it is deeply entrenched,” he said.

“You can’t challenge it in a haphazard and disorganised way.”