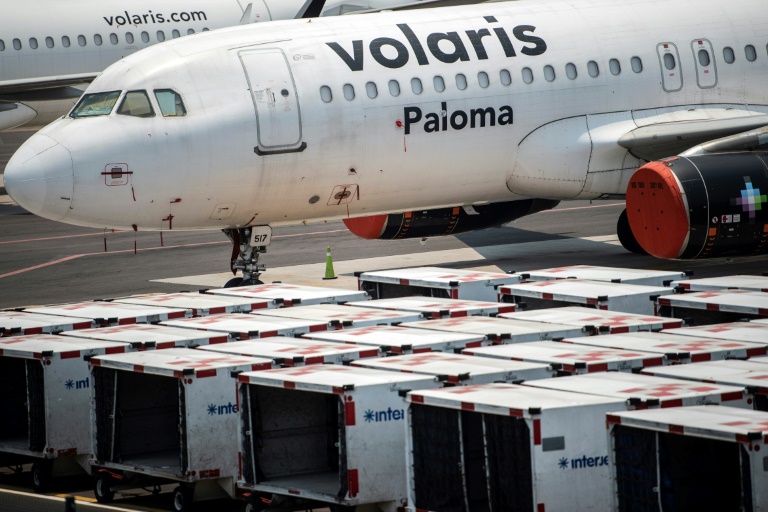 A jetliner attempting to land in Mexico City aborted its approach at the last second to avoid hitting a plane taxiing on the runway, an airline official said Sunday.

The airline did not disclose the flight numbers, exact model of aircraft or how many passengers were aboard.

“Thanks to the training of our pilots … no passenger or crew member was at risk during the incident reported the night of May 7,” Volaris CEO Enrique Beltranea wrote on Twitter.

The video shows one plane about to land when it suddenly pulls up to avoid hitting the jetliner taxiing on the ground.

Because of saturation at the current facility, the previous government began construction of a second airport in Texcoco, a suburb of the city.

But President Andres Manuel Lopez Obrador scrapped that plan after taking office in favor of turning an existing military base into an airport. It is now operating on a limited basis, with a few flights on mainly domestic routes.

Aviation experts have questioned the idea of operating two airports in a city surrounded by mountains and located 2,200 meters above sea level.

Among other things, planes would spend a long time in holding patterns and land with little fuel, the federation said.

In May of 2021, the United States downgraded its air safety rating for Mexico City, citing what it called inadequate oversight.