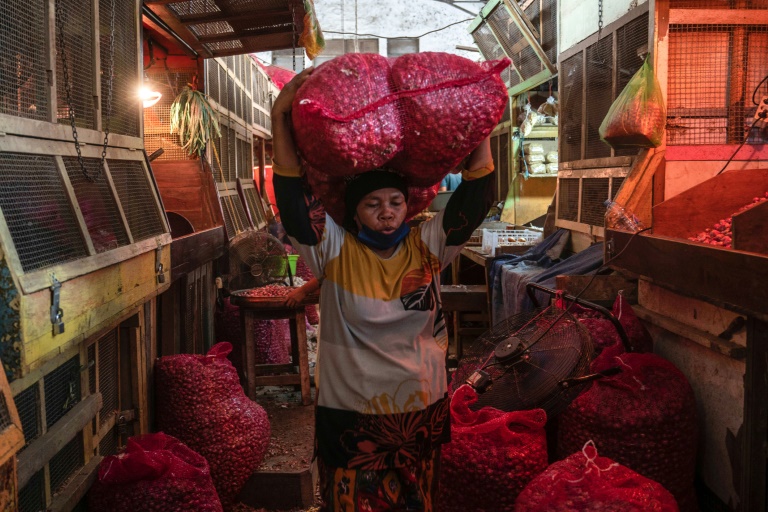 Indonesia’s economy maintained steady growth in the first quarter of 2022 despite global tensions, official data showed on Monday, as the nation reaped the benefits of soaring commodities prices and an easing of Covid restrictions.

Indonesia was badly affected by the coronavirus pandemic, with its exports and tourism-reliant economy taking a massive hit in 2020 as GDP shrunk by 2.07 percent — its first recession since the 1997 Asian financial crisis.

But Southeast Asia’s largest economy has picked up in recent months, and the Central Statistics Agency (BPS) on Monday reported an on-year expansion of 5.01 percent in January-March.

“The high economic growth for the first quarter of 2022 is caused by the recovery of public activities,” head of the bureau Margo Yuwono said during a press conference.

“Public mobility in the first quarter of 2022 has been really good.”

Exports showed an especially impressive growth of 16.22 percent in the first quarter of 2022 as prices for Indonesia’s palm oil, nickel and tin soared on the global market.

“The result indicates that Southeast Asia’s largest economy is on track to achieve the government’s full-year growth target of 4.5 percent to 5.3 percent,” it said in a note released Monday.

Indonesia in March had dropped quarantine requirements for all travellers with a negative PCR test.

It has also seen a tripling of foreign tourist arrivals between January to March this year, compared to the same period in 2021.

The country’s economy expanded 3.69 percent in 2021 as coronavirus cases started to decline and export prices for key commodities like palm oil, coal and nickel rose significantly.

But while Indonesia — the world’s top palm oil producer accounting for 35 percent of global trade — has reaped the benefits of the high prices in recent months, in April it suspended exports in the face of domestic shortages.