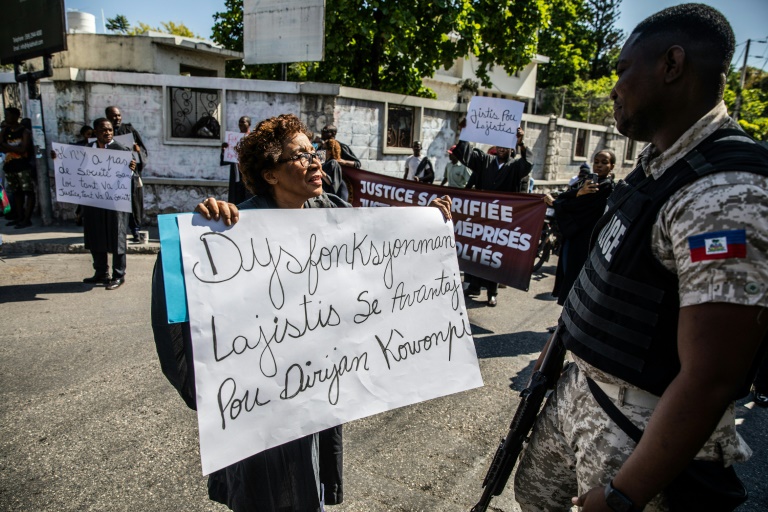 Twelve people, eight of them Turkish citizens, were kidnapped while travelling by bus in Haiti, officials said Monday, as the Caribbean country struggles with a surge of attacks by increasingly powerful gangs.

The group were taken hostage Sunday as they drove to the capital Port-au-Prince from the neighboring Dominican Republic, Turkish consul Hugues Josue told AFP.

He said they were members of Muslim association Ashape, which has since 2019 provided language courses and religious education, according to its website.

“During their abduction, they got off the bus and had time to contact their organization,” he said. Haitian police confirmed the kidnapping.

They were abducted east of Port-au-Prince, between the communes of Croix des Bouquets and Ganthier, Josue added, saying the five men and three women are aged between 20 and 26.

They were on a bus that left Santo Domingo, the Dominican capital, at 9.00 am carrying “a Dominican driver, a Haitian hostess and 10 passengers,” said Michaelle Durandis, a representative of the Metro bus company.

“Among the 10 passengers, there were eight Turks and two Haitians,” she told Haitian radio Vision 2000, adding that she had had no contact after the vehicle crossed the border in the middle of afternoon.

The United Nations said last week that clashes between rival gangs in northern Port-au-Prince have claimed the lives of at least 75 people since fresh violence erupted on April 24.

The world body said it was “deeply concerned by the rapid deterioration of the security situation” in the city.

For decades, armed gangs have run amok in the poorest neighborhoods of Port-au-Prince, but they have increased their hold across the Haitian capital and the country at-large in recent years, sending murders and kidnappings skyrocketing.

On Monday, two charity hospitals in the capital said they were closing “until further notice” following the kidnapping of one of their pediatricians last week.

“Without the presence of health personnel, who have been targeted on many occasions and are unable to reach health facilities safely, health care cannot be delivered”, said Richard Frechette, president of the foundation “Our little brothers and sisters,” which has operated in Haiti for more than 30 years.

The UN has denounced the “extreme violence” of the gangs, saying local sources recorded “acts of sexual violence, including the gang rape of children as young as 10 years, and the terrorization and intimidation of the local populations living in areas controlled by rival gangs.”

It estimates that as many as half a million Haitian children have lost access to education because of gang violence.

Last October, the “400 Mawozo” — one of the most powerful and feared of the gangs — abducted a group of 17 North American missionaries and their relatives, including five children.

After five of the group were released, the rest escaped to safety in December.

The district where the violence has been centered contains the only road access to the country’s north as well as between Haiti’s capital and the Dominican Republic.

Since June, authorities have also lost control of the only road connecting Port-au-Prince to the south.