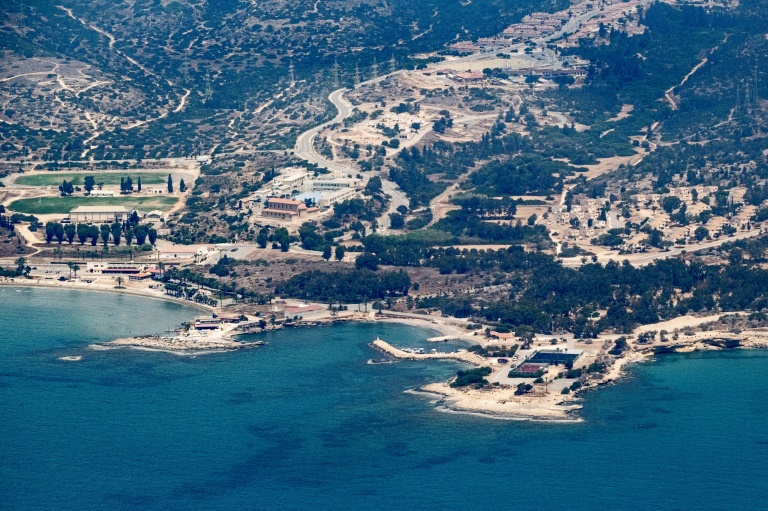 An aerial view of the United Kingdom’s Dhekelia Sovereign Base Area east of Larnaca — it is one of two such areas on the island of Cyprus – Copyright AFP Ishara S. KODIKARA

Thousands of Cypriots living on British military land will have the right to develop their properties under a deal to take effect next week, ending decades of unequal treatment, officials said Monday.

Under the 1960 treaty granting Cyprus independence from Britain, the United Kingdom retained control of two Sovereign Base Areas covering three percent of the island’s land area.

These include not only the bases themselves but Cypriot communities home to around 12,000 people — more than the number of British military personnel and their families.

Non-military development on base land has until now been generally restricted.

Cypriot property owners on base land were subject to “62 years of distortions and imbalances” which the deal to be implemented from May 16 will remove, Cyprus’s President Nicos Anastasiades said at a ceremony.

Residential, commercial and other developments will be possible under the arrangement.

“It is a truly historic agreement”, Anastasiades told the ceremony attended by base officials.

“From that day, landowners in the bases will be able to submit planning applications and develop their land much like they can anywhere else in Cyprus,” he said, describing it as a “levelling up.”

In a statement, British Forces Cyprus said that, for the first time, third-country nationals in addition to Cypriots will be able to own property, live, and run a business in the base areas — subject to environmental, security and zoning considerations.

Anastasiades reached an agreement in 2014 with then-British Prime Minister David Cameron paving the way for the changes being implemented from next week.

In an interview with AFP, Anastasiades said the agreement did not mean an alteration to the 1960 treaty and did not require discussions with Greece and Turkey, the other 1960 signatories.

He said it is simply changing the status of the residents in the base areas, “giving a chance for development which is a great thing. We are talking about a huge extent of land.”

Cyprus, an eastern Mediterranean island, has been divided since 1974 when Turkey invaded following a Greek-sponsored coup. The Republic of Cyprus, whose overwhelming majority are Greek Cypriots, has effective control over the southern two-thirds of the island.