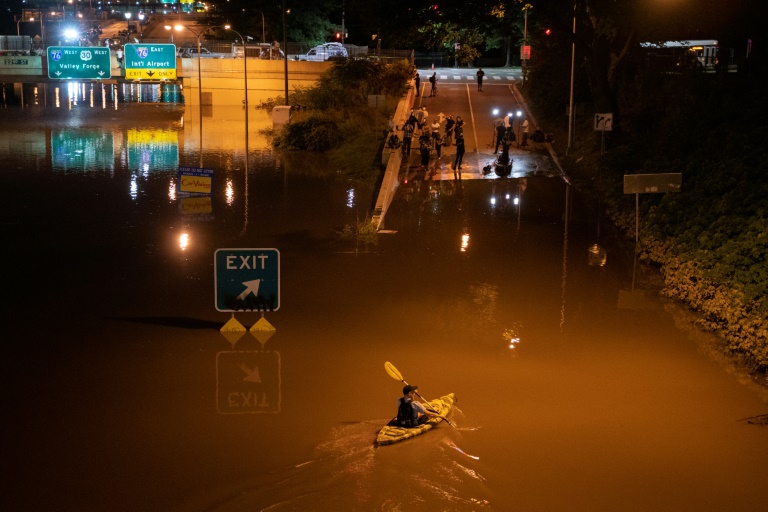 Just in the last year, the world has seen a cascade of deadly and unprecedented floods, heatwaves and wildfires across four continents – Copyright AFP/File Branden Eastwood

India is famous for its heat, but the current mega-temperatures are truly severe. The map of India is truly appalling. Power systems are crashing, and it’s just early Spring. This is a very densely populated region, and the risks to huge numbers of people cannot be overstated.

India was already in trouble. The heat in March impacted food crops, affecting both local food supplies and export earnings. That’s hardly encouraging in a high demand local market and tricky export environment.  India’s wheat does have a market partly due to the Ukraine war, but the crops may be of a significantly lower yield due to the temperatures.

Hits to infrastructure are inevitable. Power supplies typically react badly to severe heat in any environment. Higher power consumption risks blackouts, but the heat can also directly affect the systems.

Less obvious, of course, IS the obvious – Water supply demand also increases in hot weather. That’s another silent potential killer for India’s precarious poor. Heatstroke poses a serious risk to the young, sick, and old. Even the most adaptable Indians have reported tough experiences simply walking a block or two.

One of the more horrifying images is this unholy-looking temperature map.  You’ll see some areas on the map showing 60C, which is quite hot enough for anyone or anything including rocks. That’s 140F, an actual oven temperature, and these areas are very close to high population zones.

A bit of extrapolation is required:

The hottest areas on the map are in the highlands in central India. Coastal areas will do a bit better, but the effective grilling of these central regions is a major social and economic problem.

What 140F really means, right now. This is not a drill.

The cited temperature of 60C is worth a mention. At about 35C, the human body ceases to cool itself by sweating. So as excess heat is retained, dehydration and other risks increase. Organ damage is quite possible, and that could mean a lot of people sick and in need of care. Young kids would be at particular risk.

As a rough guesstimate, 250 million kids live in India. They’re affected by a range of issues including malnutrition, poverty, miscellaneous medical issues, and even high rates of anemia in adolescents. They’re therefore not exactly in mint condition for severe weather. These generations could literally shrivel in the heat.

Add to this the built-in difficulty of managing large populations per se, and you have a recipe for a demographic catastrophe. You could also be looking at a great reason for a lot of people moving to cooler environments.

The world temperature map has a lot to say on this subject. Some of the hottest places on Earth are in more or less the same latitude or a bit above or below. These areas are also among the most highly populated, where high temperatures are now routinely setting unwelcome records.

In other words, about half of the world’s population may well be looking for safer places to live with good reason, and soon. That would naturally involve even higher levels of immigration elsewhere, pretty much beyond coping capabilities for even rich countries.

This is not the sort of economic load that can move without major disruption worldwide. A few hundred million people trying not to die aren’t likely to take no for an answer. That will get ugly, and fast. If you thought the economic refugees were a problem, a few hundred million climate refugees will make that look like a school fair.

30 years of insane climate change denial and total political irresponsibility have led to a truly insurmountable problem that is itself getting worse on a daily basis. Three entire decades have been wasted doing effectively nothing.

Not one damn thing is being fixed. Any pretense of competent planetary management is a very bad joke. Pollution, the very obvious form of CO2 and greenhouse gases, is still killing huge numbers of people, etc. The oceans are at bath temperatures and becoming highly acidic.

…And so on. All predicted, all monotonously coming true. We’re getting around to doing things that could have at least half-solved these issues decades ago. A herd of useless, corrupt, geriatric criminals has more say than 7 billion people? Why?

Those people are literally paying for the privilege of watching the world fall to bits. Everything else, from simple life essentials to rights, is also being screwed up on an ongoing basis. This heat will fry everyone. The only option is to fix it, so fix it. …And get those compulsory criminals and corporate skanks out of the mix while you’re at it.