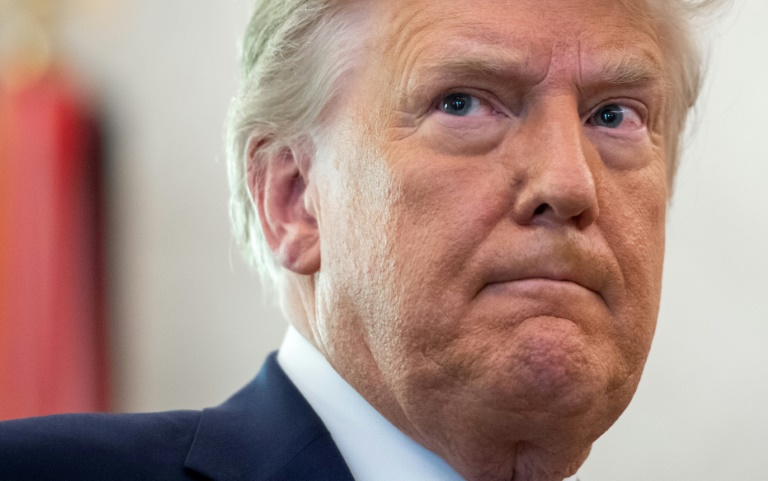 Donald Trump, pictured in December 2020, reportedly asked twice if the military could ‘shoot missiles into Mexico to destroy the drug labs’ while US president – Copyright AFP Sergei SUPINSKY

Donald Trump asked about the possibility of bombing drug trafficking labs in Mexico while he was US president, former defense secretary Mark Esper says in a book set to be released Tuesday.

According to excerpts cited by the New York Times, Trump believed the United States could pretend it wasn’t responsible for launching missiles across its southern border, Esper, who was Pentagon head between July 2019 and November 2020, writes.

In 2020, Trump reportedly asked twice if the military could “shoot missiles into Mexico to destroy the drug labs,” Esper writes in his book titled “A Sacred Oath.”

According to the Times, Esper was left “speechless” at the requests.

Trump dismissed Esper in November 2020, just days after the results of the US presidential election were announced, in which President Joe Biden won.

Trump and Esper’s relationship had been strained for months, ever since the defense secretary had publicly opposed deploying the military to quell anti-racist protests that gripped the country that year.

According to reports about other excerpts from Esper’s book, Trump, in discussing the demonstrations in June 2020, had asked about the protesters: “Can’t you just shoot them?”