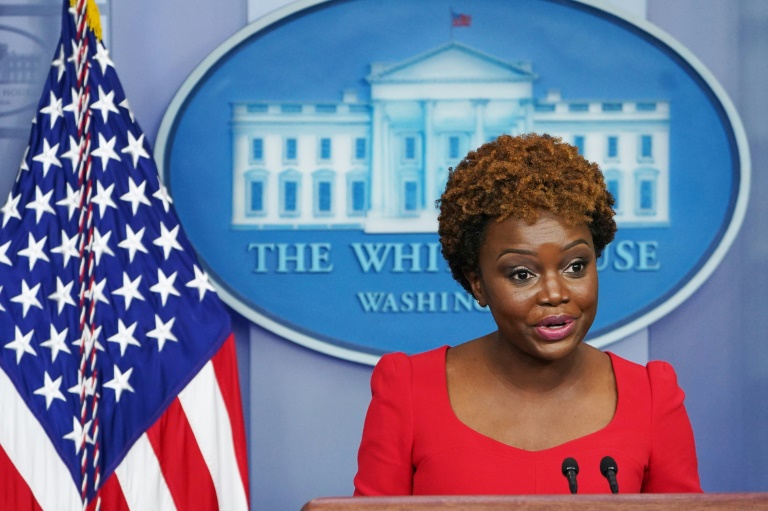 US President Joe Biden on Thursday named Karine Jean-Pierre as the next White House press secretary, the first Black woman to hold the high-profile post.

Jean-Pierre, who will also be the first openly LGBTQ+ person in the role, will replace Jen Psaki, under whom she served as deputy, from May 13, according to a White House statement.

Biden praised Jean-Pierre’s “experience, talent and integrity” in the statement, saying he was “proud” to announce her appointment.

“She will be the first black woman and the first openly LGBTQ+ person to serve as the White House Press Secretary,” Psaki tweeted after the announcement.

“Representation matters and she will give a voice to many, but also make many dream big about what is truly possible,” added Psaki, who is due to join MSNBC after her departure, according to US media reports.

Jean-Pierre, 44, worked on both of former president Barack Obama’s campaigns in 2008 and 2012 and then on Biden’s campaign in 2020 before joining Biden’s team at the White House.

She also served under Biden during his tenure as Obama’s vice president.

Raised in New York, she was born in Martinique to Haitian parents who emigrated to the United States.

A graduate of the prestigious Columbia University, Jean-Pierre has often said her family’s background, emblematic of the “American dream,” was a determining factor in her career.

She has a daughter with her partner, a journalist with CNN.