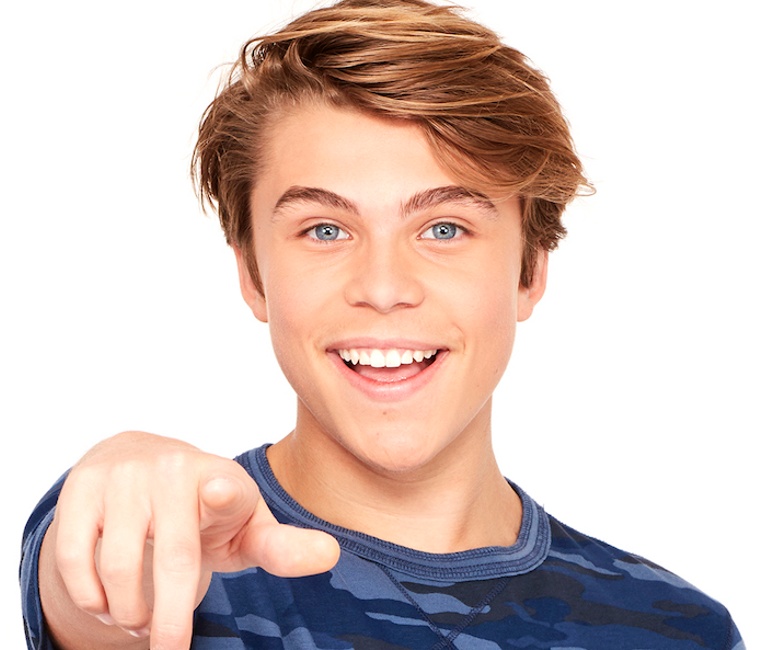 “It was very exciting,” he admitted. “I was pleasantly surprised. I was on the phone with my mom, and she sent me a photo of the nomination list, and we did a little bit of celebrating together. It has been a good morning so far,” he said.

Lipton is nominated alongside two of his “General Hospital” co-stars Nicholas Alexander Chavez (who plays Spencer Cassadine) and Sydney Mikayla (who played Trina Robinson). “Oh my goodness, that felt amazing,” he exclaimed. “I just called Nicholas and we are super excited for each other.”

He continued, “I am so excited and honored to be nominated together with all these amazing performers. Congrats to everyone.”

“It feels great to be representing ‘General Hospital’ with these talented actors,” Lipton added.

This marks Lipton’s third career Daytime Emmy nomination. He was previously nominated for “Outstanding Younger Actor in a Drama Series” back in 2019, and also for “Outstanding Original Song” for his song “North Star” in 2020.

Lipton shared that his plans for the immediate future are to finish his final exams in college, continue working on his music projects, and reconnect with his family and friends. “I am super excited for that,” he said.

On the title of the current chapter of his life, Lipton revealed, “Good job, now onto the next.”

Regarding his definition of the word success, Lipton said, “Setting up goals and following through with them.”

For his loyal “General Hospital” fans, Lipton concluded, “I am so grateful for everyone’s kind words and support over the last few years. General Hospital has the most caring and passionate fans, and it is my pleasure to be able to portray Cameron Webber for all of them.”