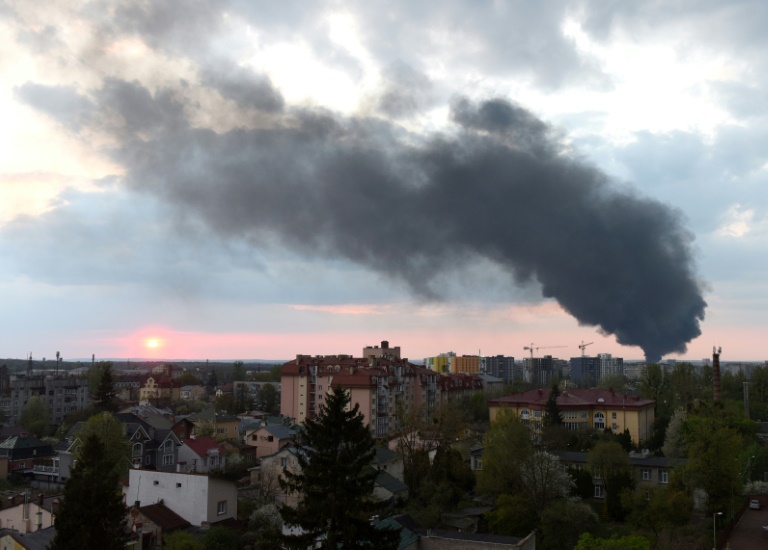 A three-day Russian-announced daytime ceasefire was due to start at the besieged Azovstal steel works in the devastated port city of Mariupol, to allow the evacuation of civilians.

Ukraine’s army says Russia is “trying to destroy” its remaining soldiers holed up in the steel plant, with Kyiv’s last defenders in the city saying Moscow forces have broken into the giant factory.

“The situation is extremely difficult but despite this we continue to execute the order to hold the defence,” Denys Prokopenko, a commander of the Azov battalion, leading the defence of Mariupol says in a video on Telegram.

After more than 300 civilians are evacuated from Mariupol on Wednesday, Ukrainian President Volodymyr Zelensky asks United Nations Secretary General Antonio Guterres to help save the lives of the remaining wounded Ukrainians trapped in Azovstal.

“The lives of the people who remain there are in danger. Everyone is important to us,” he says.

Ukraine says EU countries blocking an embargo on imports of Russian oil would be complicit in crimes committed by Russian troops on Ukrainian territory by funding Moscow’s military.

“If there is any country in Europe who will continue to oppose the embargo on Russian oil, there will be good reason to say, this country is complicit in the crimes committed by Russia in the territory of Ukraine,” Ukraine Foreign Minister Dmytro Kuleba says in a briefing on social media.

Hungary has warned that it could not support a proposed EU ban on Russian oil in its current form as it would “completely destroy” its energy supply security.

Russia says its forces have practised simulated nuclear-capable missile strikes during war games in Kaliningrad, an exclave on the Baltic Sea located between EU members Poland and Lithuania.

US President Joe Biden says he is “open” to imposing more sanctions on Russia and will discuss measures with allies from the G7 in the next few days.

Ukraine accuses Russia of planning to hold a military parade in the destroyed city of Mariupol on May 9 to celebrate victory over the Nazis in World War II.

But Russian Defence Minister Sergei Shoigu makes no mention of a celebratory march in the city in a briefing on the army’s plan for May 9.

Intelligence provided by the US has helped Ukrainian military target “many” of the approximately dozen Russian generals who have been killed in the war so far, the New York Times reports.

However the US National Security Council denies the report, saying US intelligence was aimed at helping “Ukrainians defend their country… we do not provide intelligence with the intent to kill Russian generals.”

Russian forces continue to pound sites in the east of the country, Ukraine’s general staff says, as Moscow seeks to establish “full control” of the regions of Lugansk and Donetsk, and to maintain a land corridor to occupied Crimea.