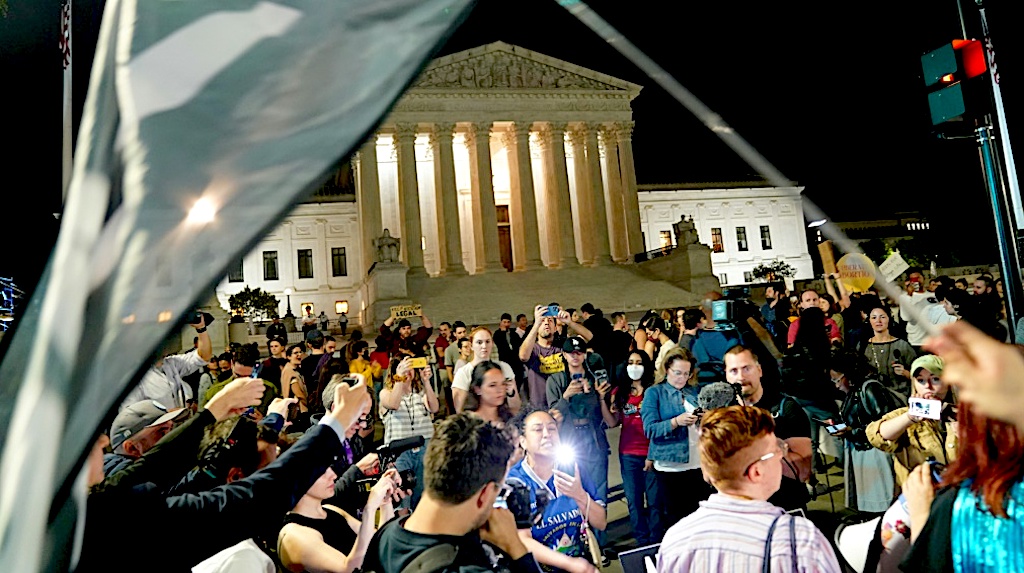 Many years ago, abortions were done with coat hangers. There was an actual black market in abortions. Abortion was illegal,. A fair few women died on their kitchen tables or other such decorative environments as a result. According to the headlines, the Supreme Court of the United States (SCOTUS) now plans to bring back that situation by overturning Roe vs Wade.

The legal issues have arisen from a challenge to Texas’ draconian new anti-abortion laws. Several conservative states have “trigger” legislation which will come into force when the landmark decision is overturned.

The mere fact that this situation is even possible is an indicator of how anti-Constitution conservatives have become.

There is no constitutional power that empowers any state or Federal government to regulate childbirth. Another inalienable right, you’d think.

Well, not according to the religious fanatics.  SCOTUS has a grim history of being weaponized by conservatives. They are supported by ALEC, a conservative legal group that actually writes maniacal ultra-conservative legislation like the Texas laws.

This is definitely not any sort of democratic process. SCOTUS is appointed by political entities. Trump stacked the SCOTUS bench with conservatives in one of those rare moments he wasn’t playing golf. This sort of decision, which is effectively “government by SCOTUS” was why Trump was in the mix.

Most Americans are in favor of abortion rights, but religious zealots aren’t. This noisy, obnoxious, self-promoting conservative minority is entrenched in American politics. “We the People” rarely get a word in edgewise, but these guys are heard continuously on just about all subjects. The common theme is that nobody should have any rights but the nutcases.

There IS no logic or any attempt to acknowledge the rights of others:

The mid-terms be a-comin’

It’s an interesting choice of timing by the conservatives. Nothing could possibly galvanize the women’s movement and Democrats more than this SCOTUS decision. Is this Putin-like conservative hubris well-timed?

Probably not. Any SCOTUS decision to overturn Roe vs Wade will definitely backlash at the Republicans. American politics may be the conversational equivalent of death; but everybody does know what they think about abortion.

There’s not a lot of room for the usual FOX propaganda here. There aren’t even any convenient conspiracy theories to use to mobilize the QAnon nuts. (Not in 6 months, anyway.)

Overturning Roe vs Wade strikes directly at the First Amendment. You don’t have to observe the religious or political beliefs of others – Or do you? We’re about to find out what America thinks about that.