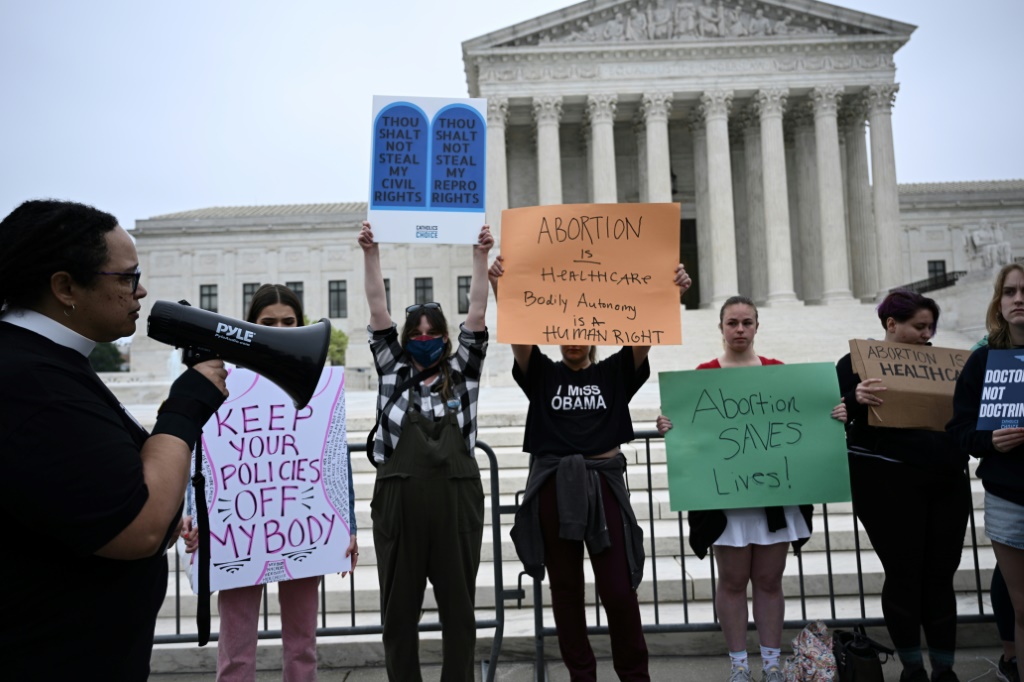 Demonstrators for abortion rights hold signs in front of the US Supreme Court in Washington protesting a draft ruling that would strike down the nationwide right to abortion. — © AFP

Should Roe v Wade be overturned, American women will have at least one place to turn when seeking an abortion. Canada has opened its arms to women in the U.S., with families and children minister Karina Gould saying “That’s a service that would be provided.”

In an interview with CBC News Network’s Power & Politics on Tuesday, Gould was asked if American women would be allowed to access the procedure in Canada.

“I don’t see why we would not,” she told host Vassy Kapelos. “If they, people, come here and need access, certainly, you know, that’s a service that would be provided.”

Canada’s Prime Minister Justin Trudeau took to Twitter on Tuesday evening to reaffirm his support for women’s reproductive rights without specifically mentioning the leak from the U.S. Supreme Court.

Canada has no abortion law

Canada has no federal law regarding abortion, and abortions are legal at any stage and for any reason, per NPR.org. Canada’s National Abortion Federation explains that it is “treated like other medical procedures and regulated through provincial/territorial and professional bodies.”

In Canada, anyone over 12 years of age can legally have an abortion in a clinic or hospital without the consent or permission of parents, a partner, or a family doctor, according to the Planned Parenthood Toronto Community Health Centre.

And while it may sound easy for a woman to just go over the border to get the procedure done in Canada, there is a lot more to it.

For example, Residents between the two countries cross the border for health care, according to the Detroit Free Press, and Canadians are still going to America for abortions, according to news accounts. And Michiganders are traveling to Canada for lower-cost prescription drugs, like insulin.

Americans will have to pay for abortions out-of-pocket, or through their health insurance. Canada’s universal healthcare system won’t be picking up the tab.

The distance could also be a hindrance for some people, not to mention the cost of traveling a great distance. Then, there are still the COVID-19 rules to abide by at the border.

Argentina, Ireland, Mexico, and most recently Colombia are among the countries that have moved to legalize or ease access to abortion in the past few years. Mexico’s Supreme Court voted to decriminalize abortion this past September, days after Texas enacted a law banning the procedure after about six weeks of pregnancy.