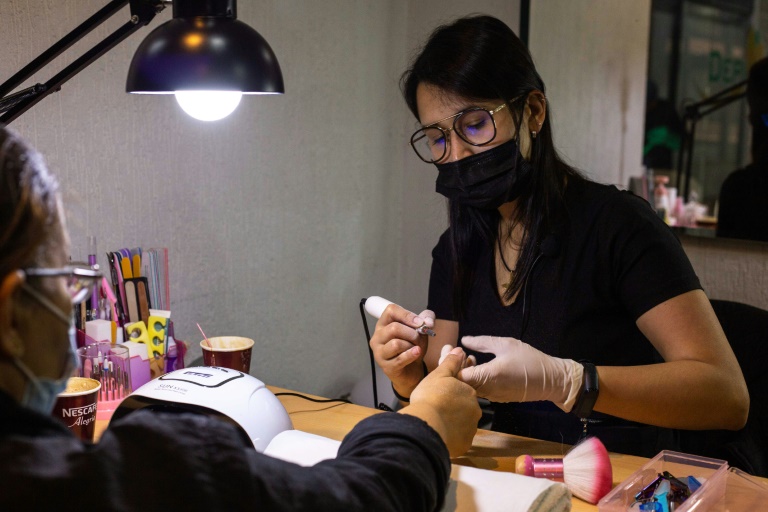 For five months, Victor Fernandez has been saving up to buy a return ticket home to his native Venezuela, where the ravaged economy is showing signs of recovery.

“I’ve done what I had to do in Chile,” said the 32-year-old — one of an estimated six million people to leave Venezuela since 2015, according to the UN refugee agency.

During the South American country’s eight-year recession, including four years of hyperinflation, many shops were empty, while endless queues formed outside those that were not.

But since 2018, when Venezuela relaxed its strict exchange rate controls that had been in place for two decades, economic pressures have eased — even if the improvements are a far cry from the oil-boom years of the 1970s and 2000s.

The de facto dollarization of the economy and easing of price controls have allowed businesses and merchants to increase imports, resulting in a greater variety of products on offer and new shops opening up selling clothes, shoes, home appliances and more.

Though three out of four in Venezuela still cannot afford basic necessities, many migrants are tempted to give their country another chance.

He started his journey initially as an undocumented migrant and at one point lived rough.

“I slept in the street for two weeks … I would speak to my parents and tell them that everything was going well before hanging up and crying out of desperation.”

While there are no official figures on the number of returnees, one third of the population still wants to leave, according to one survey.

The idea that Venezuela has supposedly solved its economic woes has led to a sarcastic phrase going viral on social media, and has even received push-back from President Nicolas Maduro, who rejects the UN migrant figure as overblown.

“Some people have said: ‘Venezuela has solved its problems.’ No, it has not solved anything. It is improving. Venezuela has improved, Venezuela will improve,” said Maduro on state television.

Venezuela’s GDP declined 80 percent over an eight-year period, before the economy grew by four percent in 2021.

“It’s a suboptimal growth, that is based on an incomplete opening (of the economy) … which privileges some more than others,” said economist Henkel Garcia, director at Econometrica.

For many, the packed restaurants, luxury stores and supermarkets represent a “bubble,” as public services such as water and electricity continue to fail, especially in areas outside of major cities.

Fernandez got his papers in order in Chile and “survived” by working as a courier in the tourist hotspot of Valparaiso, about 100 kilometers west of Santiago.

What he earns barely covers his expenses in Chile as well as those of his family back home in Venezuela.

He says it’s not worth carrying on so far from his home, family and friends.

He has laid the groundwork for his return, saving up enough money to buy a motorbike and invest in a small grocer’s shop in Caracas.

“There are opportunities, there are options” in Venezuela, he said from his modest apartment in Chile.

Many Venezuelan migrants have suffered from racism and xenophobia in their adopted homes as their numbers increased.

“It was like the hamster wheel,” said manicurist Yara Gonzalez, 29, who returned home from Peru.

She laughs remembering a Peruvian woman who made the sign of the cross after hearing her accent and asking: “Are you Venezuelan?”

Her return has exceeded her expectations.

“I feel like I have more opportunities than I could have had in 2018 or 2017, when there were absolutely none whatsoever,” said Gonzalez.

Before she emigrated, Gonzalez said she was unable to get hold of acetones, gloss and other necessary materials for her work.

Now she works from home, earning more and feeling happier than she did in Lima.

Rather than “traipsing all over Latin America and still coming up short, I’m staying here in my home” and getting by, she said.

As for Fernandez, he is still struggling to find enough money for the plane ticket home and has postponed his return.

He is desperate to see his wife, child and parents.

“The loneliness kills you,” he said.