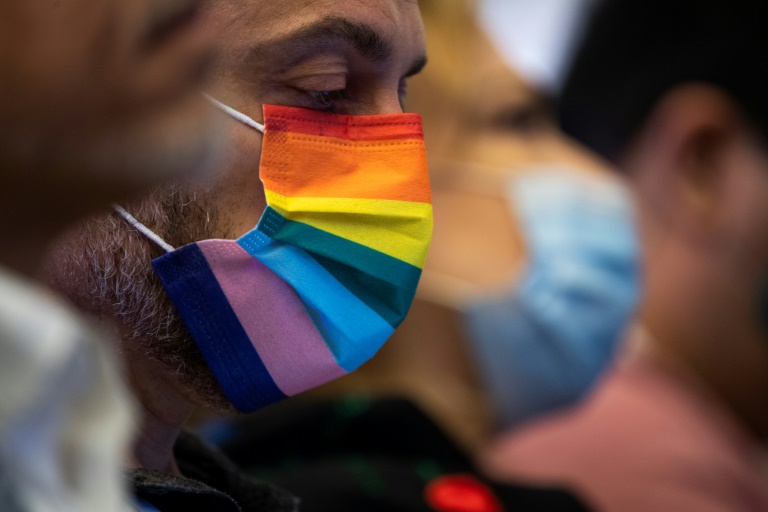 The LGBTQ community around the world is facing a wave of attacks, said leaders and activists from more than 100 countries meeting this week in California.

The gathering is the first global get-together for community members since the world shut down for Covid — and participants warned the environment for queer youth was deteriorating.

But there has been a marked emergence in recent years of anti-gender narratives that are “trying to disenfranchise them from the human rights that they deserve.”

Over 600 representatives were attending the week-long ILGA World global conference that began Monday in Long Beach, California, with a focus on young people.

“We’ve been really fighting for queer rights all across the world, but particularly queer youth rights have been sidelined (and) been invisible,” Martin Karadzhov, chair of Ilga World’s youth committee, told AFP.

“This conference provides us with the first ever space where we can really center the conversations.”

That includes the discussion of “harmful practices such as conversion therapies, which are unethical, unscientific and torturous, yet legal in nearly 180 countries,” he said.

The semi-regular conference was put on hold while the world grappled with the Covid-19 pandemic.

Its return this year has been a breath of fresh air for participants.

“And if you live and work like that, it takes a toll on your emotional well being.”

Brian Wenke, of the Los Angeles-based “It Gets Better” education project, said the gathering came at an important time for queer youth in the United States.

“This year alone, over 300 bills in 36 (US) states were introduced, ranging from restrictive sports participation to ‘don’t say gay’ bills, which are cleverly disguised as parental rights in education,” he said.

These legislative efforts are an attempt to rob queer young people of “the experience that they need to grow and thrive and be fully functioning self-aware and competent adults.”

The conference, whose participants could select from over 40 different gender identities on the registration form, is for Karadzhov an opportunity to “bust the myth that trans and gender diverse identities didn’t exist before, that it’s something new.”

For the 28-year-old, previous generations faced similar crises and attacks.

“We need to really look at the common experiences and stories that we can connect with.”