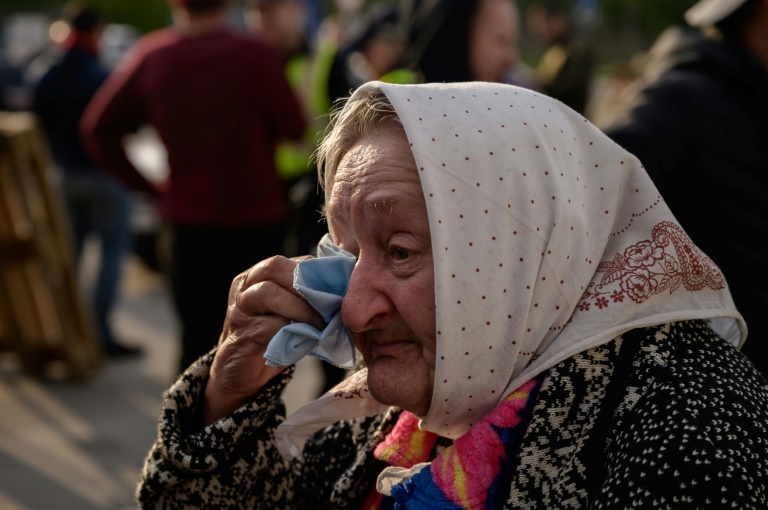 The UN says 101 civilians have been “successfully evacuated” from Ukraine’s besieged and battered port city of Mariupol in a joint effort with the Red Cross.

“I am pleased and relieved to confirm that 101 civilians have successfully been evacuated from the Azovstal steel plant in Mariupol,” UN humanitarian coordinator Osnat Lubrani stated.

Russian forces have launched a “powerful assault” on the Azovstal plant, Ukraine’s army says. The Kremlin says its forces, along with  pro-Moscow Ukrainian separatists, were using artillery and planes to target the site.

Accusing Ukrainian forces of committing war crimes, Putin tells Macron “the West could help stop these atrocities by putting relevant pressure on the Kyiv authorities, as well as halting the supply of weapons to Ukraine.”

British Prime Minister Boris Johnson has announced another $376 million in UK military aid for Ukraine and hailed the country’s resistance to Russia as its “finest hour.”

In a video link address to the Ukrainian parliament, the first by a foreign leader since Russia invaded on February 24, Johnson said the Ukrainians were fighting “with the energy and courage of lions”

Pope Francis says he has requested a meeting with Putin in Moscow but has heard nothing back. The pontiff tells Italy’s Corriere Della Sera newspaper he made the request in March but “I fear that Putin cannot, and does not, want to have this meeting at this time.”

“I’m not going to Kyiv for now … I have to go to Moscow first, I have to meet Putin first,” he says.

Israeli Foreign Minister Yair Lapid slams his Russian counterpart Sergei Lavrov for alleging Adolf Hitler may have “had Jewish blood” in a bid to discredit Kyiv.

Lavrov’s comments — which invoked a conspiracy theory exploiting a gap in the dictator’s ancestry — see Israel summon Moscow’s ambassador for “clarifications” and condemn the “unforgivable and outrageous statement”.

Moscow in turn accuses Israel of supporting “the neo-Nazi regime in Kyiv.”

European officials are preparing a new package of sanctions against Russia, but some EU states are jockeying to opt out of an oil embargo.

The package, which needs unanimous approval, would phase in a ban on Russian oil imports over six to eight months, but Hungary and Slovakia — both highly reliant on Moscow’s supplies, will be allowed to take a few months longer, EU officials have told AFP.

Russia’s top general, Valery Gerasimov, visited the Donbas front in the Ukraine war last week, a Pentagon official says, but reports that he was injured in a Ukrainian attack could not be confirmed.

Russian clubs have been banned by UEFA from participating in the Champions League and all other European competitions next season, European football’s governing body announces.

Russia’s Bolshoi Theatre announces it is cancelling performances directed by Kirill Serebrennikov and Timofey Kulyabin, who have both spoken out against Moscow’s military campaign in Ukraine.