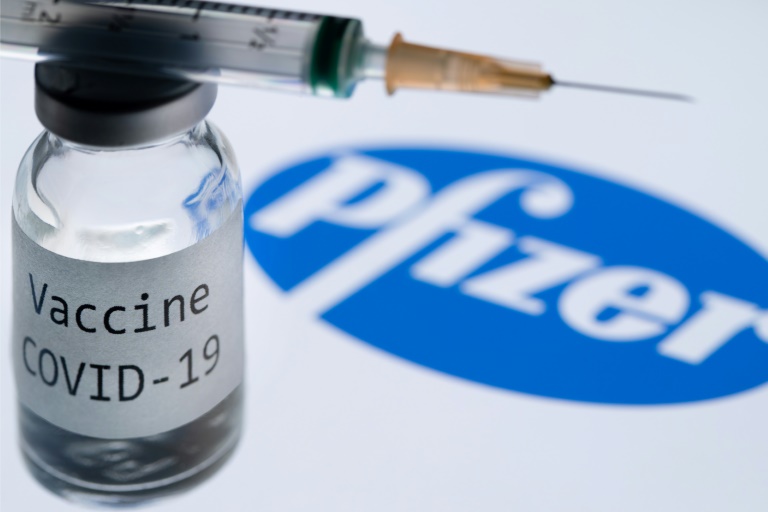 Pfizer executives said Tuesday they are confident of strong demand for the company’s Covid-19 antiviral treatment amid easing pandemic rules as the big drugmaker reported another round of strong earnings.

The US pharmaceutical giant, reporting surging first-quarter profits based on a big jump in revenues from its Covid-19 vaccine, said its Paxlovid treatment for the virus would be a valuable means for governments to limit the severity of outbreaks as they ease social distancing and masking rules.

Pfizer Chief Executive Albert Bourla said the company is seeing “very strong signs of increasing demand for Paxlovid as it remains one of the best tools we have.”

Citing rising vaccine fatigue, Bourla said the company is also focused on a Covid-19 vaccine booster that provides immunity for a year.

“People are tired of the repeated booster, so it is extremely important to come to a vaccine that could be a yearly vaccine,” Bourla told analysts on a conference call, adding that while the company has made progress on this front, “it’s not technically easy to achieve.”

“There’s a tremendous pressure across the world to get our lives back,” Bourla said of the social and political impetus to ease pandemic rules. “As a result of these things it’s very clear that we will have waves” of Covid-19.

The US drugmaker reported first-quarter profits of $7.9 billion, up 61 percent, based on a 77 percent surge in revenues to $25.7 billion.

Pfizer lowered its full-year adjusted profits by 10 cents to $6.25 to $6.45 a share, due in part to currency movements.

But the company confirmed its full-year revenue forecast of about $100 billion, which is an approximately 23 percent increase on the 2021 level. More than half the revenues are expected to come from the Covid-19 vaccine and therapeutic.

Pfizer, which has shipped some 3.4 billion doses of vaccine to 179 countries, has won regulatory approval for its shot in most age groups, but continues to study its use in children younger than five.

In the first quarter, Paxlovid took in $1.5 billion in global sales. But Pfizer expects 2022 sales of the medicine of $22 billion as it ramps up production and distribution.

The company expects to produce 120 million courses of the Paxlovid oral pills in 2022, with distribution programs scaling up in the United States and other markets.

The treatment has received emergency or conditional approval in 40 countries so far, the company said.

“What we are seeing is… there is demand for this product,” said Pfizer biopharmaceuticals group president Angela Hwang, citing the removal of mask mandates as a factor in spreading cases.

“What we’re also seeing is that we don’t have any inventory on hand,” Hwang said. “Every dose that we produce is being shipped out.”

Pfizer executives said they were researching “rebound” Covid-19 cases in which some patients who took Paxlovid have reported renewed symptoms.

But company officials said the data thus far suggests that the amount of cases is small and may have to do with unusual patient characteristic rather than the drug itself.

The World Health Organization last month “strongly recommended” the antiviral pill Paxlovid for patients with milder forms of the disease who were still at a high risk of hospitalization.

But WHO said it was “extremely concerned” that low- and middle-income countries would be “pushed to the end of the queue” amid tight global supplies.