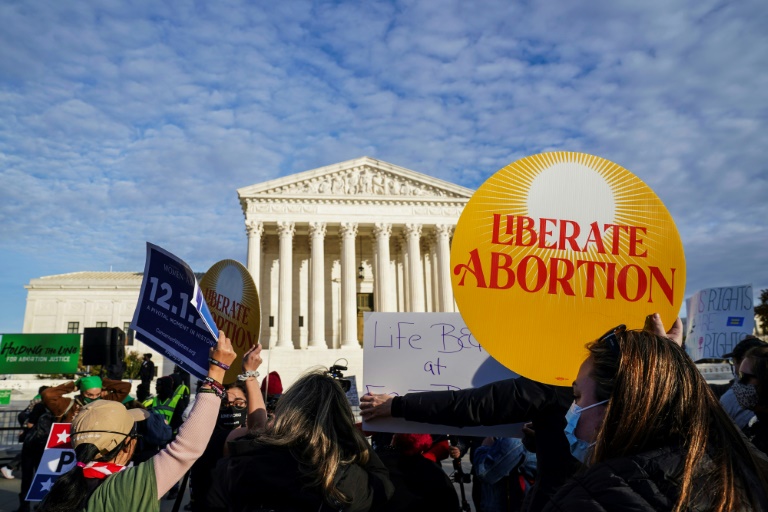 Numerous polls have shown consistently that the majority of Americans favor a woman’s right to have an abortion. This fact leads many people to wonder why our lawmakers are ignoring the wishes of those who elected them.

An ABC News/Washington Post poll finds that majorities of Americans support upholding Roe, saying abortion should be legal in all or most cases and – by a wide margin – see abortion as a decision to be made by a woman and her doctor, not by lawmakers.

Gallup polls show Americans’ support for abortion in all or most cases at 80 percent in May 2021, only slightly higher than in 1975 (76 percent), according to Forbes.

It should be noted that the percentage of people who believe abortion should be legal during the first trimester is relatively high (at 61 percent), but the numbers drop when considering abortion during the second (34 percent) or even third trimester (19 percent) of pregnancy.

ABC News points out that the public’s views on whether or not abortion should be legal have been more or less stable in polling going back 27 years. However, readers may be surprised to know that most Americans are unaware of new abortion restrictions in their states.

In the 22 states that have passed abortion restrictions since 2020, just 30 percent of residents are aware that this has occurred. This obviously would lead to the question of how people who favor legal abortion may react if and when they learn their state has taken a different tack?

The Supreme Court leak and what this means

Even with the majority of the public favoring a women’s right to an abortion, the Supreme Court appears poised to overturn Roe v. Wade and let states outlaw abortion, according to a draft opinion reported by Politico.

The outrage at the leak occurring is bad enough – and just shows how much further the highest court in the land has slipped into the quagmire known as the Capitol’s “swamp.”

The New York Times laments the degradation of the Supreme Court today, saying: “the fact of the leak cannot be separated from its substance. Only a move as extraordinary as eliminating a constitutional right in place for half a century could transform the court into an institution like any other in Washington, where rival factions disclose secrets in the hope of obtaining an advantage.”

“Until now, a leak of this kind would have been unthinkable,” said Peter G. Verniero, a former justice of the New Jersey Supreme Court. “The protocol of our highest court has been seriously ruptured. The leaking itself reflects another sad step toward casting the court as a political body, which, whatever your preferred jurisprudence, is most unhealthy for the rule of law.”

Besides SCOTUS becoming nothing more than a meaningless political body that is either pro-Democrat or pro-GOP, depending on the political climate at the time, the real damage of overturning Roe v Wade will be felt by the least of us – the poor and uninsured.

About half of women who had an abortion in 2014 were below the poverty line, with another quarter very close to poverty. Guttmacher surveys show low-income women have been a growing share of abortion patients in recent decades.

Today, the typical woman seeking an abortion, in addition to having children, is poor; is unmarried and in her late 20s; has some college education, and is very early in pregnancy.

As heated as the issue has become in recent years, the abortion rate, calculated among women ages 15 to 44, has been falling. Americans are having half as many abortions as 30 years ago.